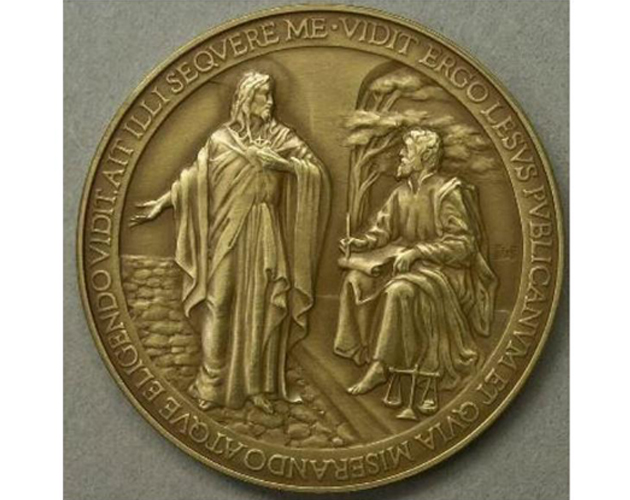 This week the Vatican released thousands of papal medals in gold, silver, and bronze to commemorate Pope Francis’ first year as pontiff. The medals are inscribed with a Latin phrase based on a Gospel passage that makes reference to a man called “Lesus.”

For those who don’t remember Lesus from the Bible, you may know him by his more common name: Jesus. As in, Jesus Christ.

Yes, the papal proof-readers must have been on vacation when the design for the medals was approved, as the Son of God’s name was misspelled on all of them. Embarrassing to be sure, though the Vatican managed to get all but four recalled from stores. It turns out the four had already been purchased, and they’ll likely fetch a pretty penny if ever put up on the auction block.

For those wondering, the English translation of the inscription, minus spelling mistakes, reads: “Jesus therefore sees the tax collector, and since he sees by having mercy and by choosing, he says to him, ‘follow me.’” No word yet on when new medals may be released.