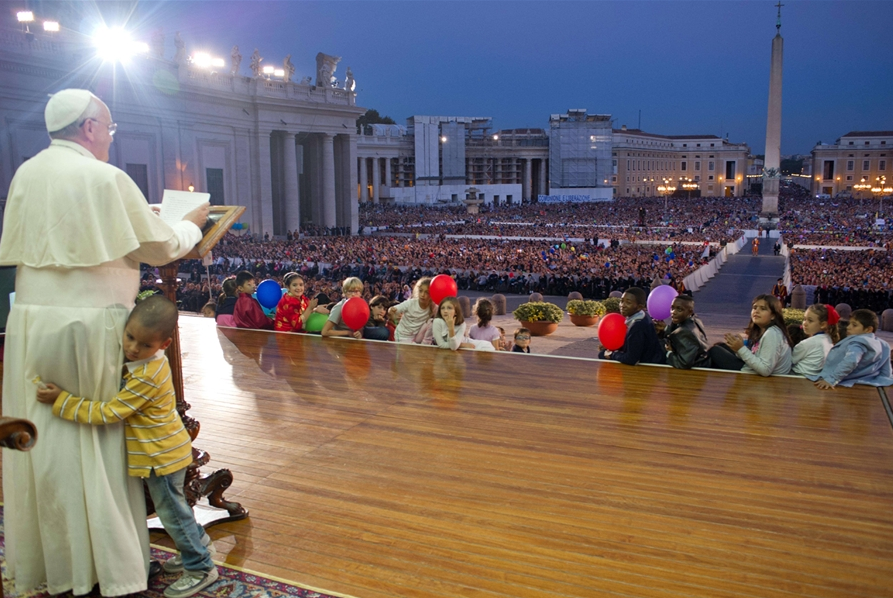 It’s not just anyone who can casually walk on stage, interrupt the Pope during a speech, give the pontiff a hug, and then get comfy in his chair. But one little guy – dubbed “the boy in yellow” – did just that during Pope Francis’ Family Day address before a crowd of around 150,000 faithful in St. Peter’s Square last Saturday.

The child jumped on stage as Pope Francis spoke about the virtues of family, and could not be coaxed off. Rather than shoo the kid away, or ask the obvious questions about the effectiveness of his security team, the pope patted the boy on the head and allowed him to remain on stage during his speech. In all the boy fiddled with the microphone stand, walked around, and even took a seat in Pope Francis’ chair.

A video of the event, via the Associated Press, is above.