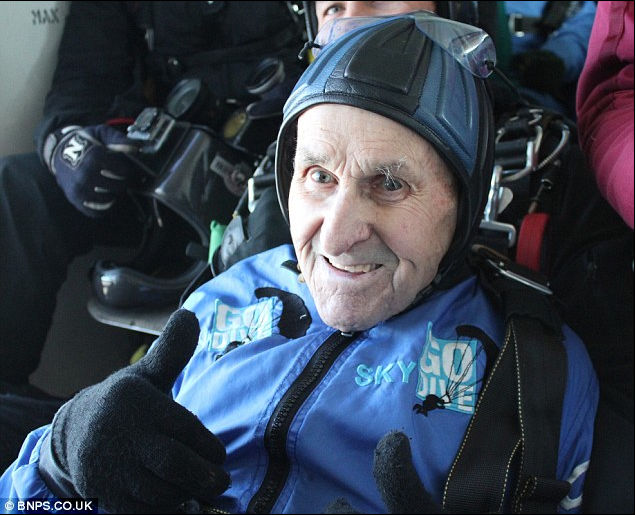 Jack Hake gives a whole new meaning to the term, “falling in love.” On Sunday, the eve of Remembrance Day, the 93-year-old Second World War vet jumped out of a plane with the ashes of his wife strapped to his chest.

Hake performed the jump from 10,000 ft. in his native England, reportedly to honour a promise he made to his wife Veronica, whom he was married to for 70 years, before she passed away.

“I promised to take her with me and I did just that,” Hake said. “We’ve done it all – boating, fishing, cycling. You name it, we did it together. We have never been apart.”

Hake, a triple-bypass surgery survivor, made the jump to raise money for “the local Doctors Surgery and District Nursing Team to buy equipment,” according to a Facebook page dedicated to him. The jump went off without a hitch, and so far Hake’s raised more than $1000 (CDN). The fundraising continues so if you’re interested in donating, visit Hake’s charity donation page here.