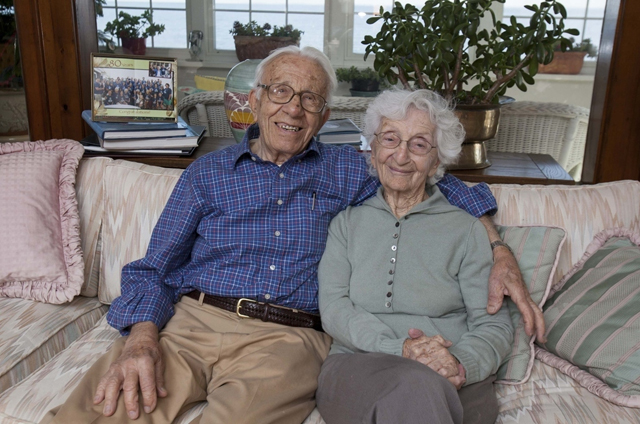 “Don’t hold a grudge. Forgive each other. Live accordingly” – that’s 102-year-old Jon Betar’s secret to a successful marriage, as told to ABC News. And who are we to argue? After all, he’s got the experience to back it up – 81 years to be exact.

Last week, Betar and his wife Ann, 98, were recognized as “America’s Longest Married Couple.” The designation came on November 25 – their 81st wedding anniversary.

John and Ann met in 1932 and, after a brief courtship, they eloped against Ann’s father’s wishes. He was 21 and she was 17. Five children, 14 grandchildren, and 16 great-grandchildren later, they’re still going strong.

A group called the Worldwide Marriage Encounter bestowed the “Longest Married Couple” title on the Betar’s.

“We are very fortunate,” says Ann Betar. “It is unconditional love and understanding. We have had that. We consider it a blessing.”