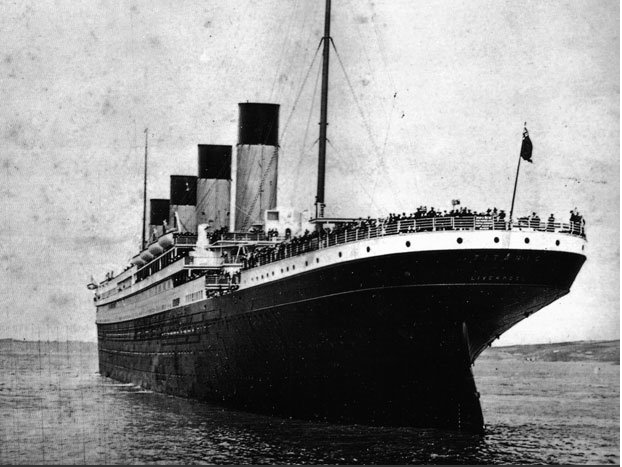 It appears a Michigan woman’s claim to Titanic fame, and a Canadian family’s fortune, has sunk.

The story begins in 1940, when Helen Kramer first alleged that she was actually Loraine Allison, the daughter of Canadian businessman Hudson Allison, who brought his family and a slew of servants with him on Titanic’s fateful maiden voyage.

Loraine Hudson, who was two-years-old at the time, was long believed to have perished with her parents on board the ship as they stayed behind to search for her baby brother Trevor (who, in a cruel twist of fate, had been placed on a lifeboat without their knowledge). Kramer clung to her claim that, as Lorraine, she’d also been placed on a lifeboat with a man named Mr. Hyde, who then raised her while posing as her father. Before he died Hyde supposedly confessed to the whole thing, including, according to Kramer, that Hyde was actually the Titanic’s builder, who most believe went down with the ship.

RELATED: TITANIC SURVIVOR’S KIMONO SELLS FOR MORE THAN $70,000 AT AUCTION

For the Allison family’s part, they always denied that Kramer was actually related – a claim that, if true, entitled her to a chunk of their family fortune. Kramer never gave up her claim, though new evidence appears to show she was raised in Michigan. She died in 1992. The battle over her identity died with her…until Debrina Woods, Kramer’s granddaughter, re-ignited the controversy just in time for the 100th anniversary of the Titanic tragedy in 2012.

The battle between the Allison’s, of Chesterville, Ont., and Woods heated to the point that a group of Titanic researchers, led by Laurentian University forensic scientist Tracy Oost, established the Loraine Allison Identification Project. The project resulted in a DNA test – in which Woods, curiously, refused to take part – comparing samples from the Allison family and Woods’ half-sister, and showed no link between the two.

Despite the scientific evidence, Woods claims to possess her own DNA samples and is continuing to champion her grandmother’s case, which includes writing a book about the evidence and ordeal. She established a website stating her case – which, it’s funny to note, has Loraine’s name misspelled in the large, prominent headline on the home page – where seemingly to respond to the DNA evidence, writing, “No way is this mystery solved…if anything it has just begun!!!! (A)nd they have ONLY steeled us to commit EVEN MORE to telling the real TRUTHS of this story!!!”