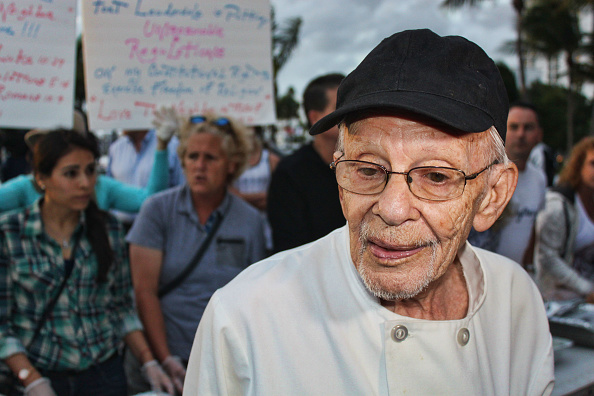 Off the top of my head, here’s a list of random things you are allowed to do in Florida: carry a gun; use lethal force, including said gun, to “defend yourself” against a “perceived” threat – otherwise known as “standing your ground”; visit Walt Disney World.

It’s not a completely insane list. There was the part about Walt Disney World. A completely insane list looks something like Buzzfeed’s 2014 list titled, “24 Crazy Things That Have Already Happened This Year In Florida” (published on JANUARY 8, 2014 – only EIGHT DAYS into the year!) and includes headlines like “Spatula wielding chicken thrower busted in Vero Beach,” “Florida man bites neighbour’s ear off over a cigarette,” and “While dad shopped, mom gave birth in Walmart parking lot.”

To be fair, the Sunshine State is home to many wonderful people, places and destinations. The above lists are in no way representative of the entire state of Florida, in the same way that all Canadians don’t live in igloos and ride dogsleds to work. That said, Canada still produces its share of igloos and dogsleds, and Florida its share of utterly ridiculous/tragic headlines. And the following news item is one of them.

Police arrested a 90-year-old Fort Lauderdale man named Arnold Abbott who, along with two pastors, Dwayne Black and Mark Sims, faces jail time for feeding the homeless. According to the Canadian Press, the Fort Lauderdale law against handing out food to the homeless follows in the wake of other American cities passing similar laws. The reason? “Residents and businesses who don’t want their neighbourhoods to become magnets for the homeless.”

That’s right – it’s essentially a “Don’t feed the pigeons because more will show up” approach to dealing with poverty in local communities. There will be no standing your ground against poverty here. Or so Fort Lauderdale officials think.

Abbott – a Second World War veteran who works for “Love Thy Neighbor, Inc., a nonprofit he established in honor of his wife, Maureen, after her death in a car accident 23 years ago” – reportedly isn’t letting the prospect of a $500 fine and 60 days in jail deter him from helping those in need. After being accosted by police for his “infraction,” he was already back at it, feeding the homeless in another park.

“I don’t do things to purposefully aggravate the situation,” Abbott told another news outlet. “I’m trying to work with the city. Any human has the right to help his fellow man.”

Interestingly, a quick online search reveals another absurd Florida law that actually prohibits the anti-homeless legislators from even entering certain areas within the state. That law: “No ass can stand on a sidewalk within town limits.”