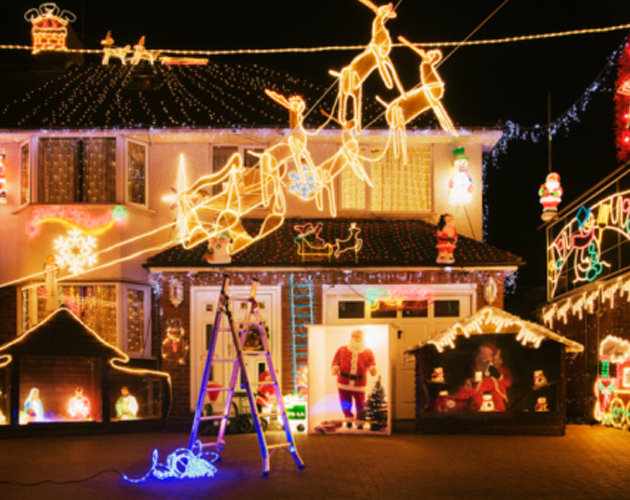 If you think your neighbour’s Christmas lights are too bright and gaudy, you may have NASA on your side. NASA recently released data showing that Christmas/holiday lights are actually visible from space.

“Around many major U.S. cities, (night time) lights shine 20 to 50 per cent brighter during Christmas and New Year’s when compared to light output during the rest of the year,” the study, which includes satellite images from around the globe, shows. “In some Middle Eastern cities, (night time) lights shine more than 50 per cent brighter during Ramadan, compared to the rest of the year.”

The study found that “light intensity” increased up to 50 per cent in the suburbs, while urban centres saw an increase that tops out at around 30 per cent. It also says that the lights began to get brighter the day after American Thanksgiving, and remained that way until New Year’s Day.

“It’s a near ubiquitous signal. Despite being ethnically and religiously diverse, we found that the U.S. experiences a holiday increase that is present across most urban communities,” Miguel Román, a NASA research physicist noted. “These lighting patterns are tracking a national shared tradition.”