73-Year-Old Man Punches Bear to Save His Dog 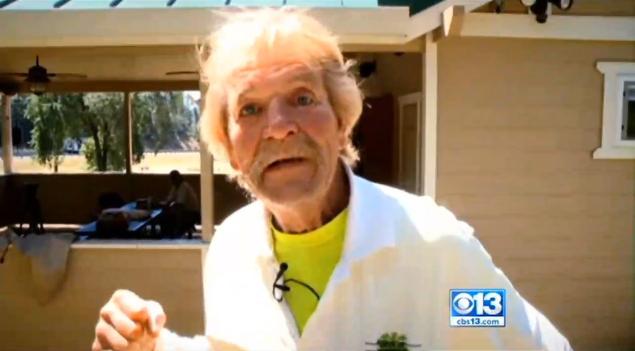 They say that dogs are a man’s best friend, but in the case of Lacy, a Chihuahua from California, her “man” is a pretty good friend to have around too.

Lacy’s owner, Carl Moore, is 73, but don’t let his age fool you. In his younger days he served in the Marines, worked as a bouncer in Texas and also boxed – a wealth of experience that came in handy recently when Lacy was confronted with a 300-pound bear outside his Meadow Vista home.

When Moore heard Lacy’s cries for help, he hurried outside and spotted the bear. Without fear for his own safety Moore went right up to the bear and, after a brief stare down, PUNCHED IT IN THE FACE. He told CBS Sacramento affiliate KHTK-TV that, “I raised both hands in the air and I cussed at him, ‘Rrraaaaaaa! Get out of here you bastard, and he looked at me like ‘Go eff yourself’ … [The bear] come up like this, and turned, boom, I hit him hard. [Moore’s friend] said I damn corkscrewed his head.”

The bear turned and ran, Lacy was unharmed and Moore offered some epic trash talk that even Muhammad Ali would appreciate: “The man or beast that I run from ain’t been born, and his momma’s already dead…I ain’t run from nothing; I never have in my whole life and I ain’t going to start now. And you’re not going to sacrifice my babies for some damn bear.”