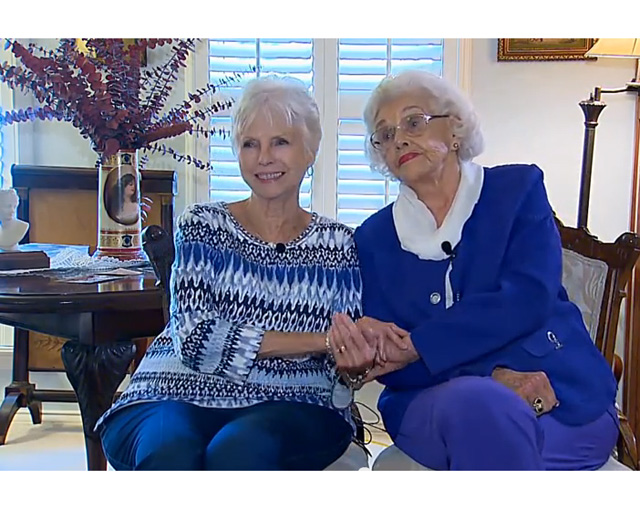 It may be a little late to put her hair in braids and send her off to her first day at school but, at age 92, Dallas, Texas, native Muriel Clayton finally got the daughter she always wanted.

“My life has been a beautiful picture, but one piece was missing,” Clayton told USA Today. “And that was Mary. And now I’ve got that piece in place.”

The two women are actually cousins and grew up as friends, despite the 16-year age difference. Clayton explained that when Smith was young her mother fell ill and her father died, so Clayton took Smith in as a part of her own family, where she’s remained.

Still, Clayton always harboured the dream of adopting Smith officially. “I just wanted her to be mine,” she said, but admits she wouldn’t follow through on her dream while Smith’s biological mother was still alive.

Clayton finally decided to make the dream a reality this year when, around Mother’s Day, she suggested legal adoption to Smith – a proposal Smith happily agreed to.

So now, after 60-something years of dreaming, Muriel can finally call Mary what she’d always felt in her heart: daughter.