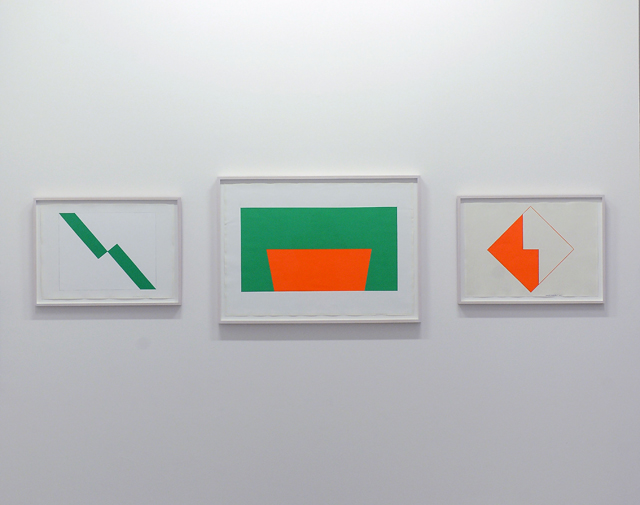 You know the old saying: “If at first you don’t succeed, try, try again for 62 years.” That, at least, is how artist Carmen Herrera may remember hearing it. At 101, Herrera is enjoying the first New York gallery showing of her artwork, in a space near the city’s famed High Line.

Herrera, born in Cuba in 1915, enjoyed success in post-war Paris with her abstract work, but a move to the United States in the 1950s brought her career as a painter to a screeching halt.

As NYMag.com wrote, “Despite knowing such Ab-Ex art stars as Willem de Kooning and gallerist and collector Peggy Guggenheim, and being close friends with Mark Rothko and Barnett Newman, she was instantly plunged into oblivion. Her elegantly spare style had nothing in common with Ab-Ex art’s bravado and gesturalism.

The gallerist Rose Fried dashed Herrera’s hopes when she visited her studio, invited her to the gallery, and then announced, ‘You can paint circles around my men artists, but I’m not going to show you because you are a woman.'”

Herrera continued to paint in private until a friend brought her back into the public eye with a gallery show in the late 1990s. Since then she’s been gaining more and more attention and now, at 101, she’s finally taken Big Apple. After Herrera’s current show ends she begins a run at New York’s famed Whitney Museum of American Art in the autumn.