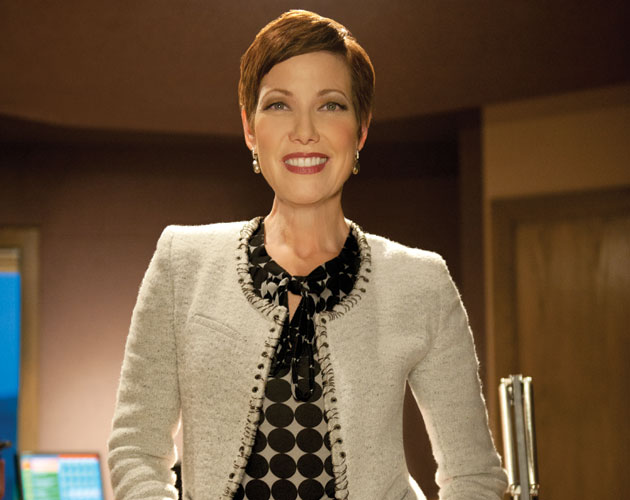 I’m still reeling from a week when we lost three great men. They all died of pancreatic cancer. It hit home hard because I am lucky enough to have survived this disease for three years. It was already a time of reflection – just days before both the Jewish Day of Atonement and Thanksgiving. When I heard Ralph Steinman’s story, I thought it was as tragic as it gets. At 6 a.m., our newscaster on Classical 96.3FM (a ZoomerMedia property) announced that Steinman would receive one-half of the Nobel Prize in Physiology or Medicine. Just as he was repeating the item at 9 a.m., he got breaking news. It turns out Steinman had died the previous Friday, three days before the crowning achievement of his career. That seems so wrong. Three days. If the end had come three days after the announcement, it would have been perfectly poetic and somehow all right, even though Steinman was just 68.

Steinman himself was able to find humour in the situation. In an interview with Reuters, his daughter Alexis said that he had joked about staying alive until the announcement. “We were like, ‘Okay, Dad, I know things aren’t going well, but the Nobel, they’re going to announce it next Monday,’ and he’s like, ‘I know I have got to hold out for that. They don’t give it to you if you have passed away.”

Two days later, Steve Jobs, the legendary founder of Apple Inc., died. He had a rare form of the disease – a neuroendocrine tumour, supposedly more treatable and curable than the usual variety. His passing wasn’t a shock; Jobs’ health had been failing for a long time, in the public eye. And while he was only 56 and could have had many more creative years, he had already changed the world.

Their status as mavericks informed their treatment choices, especially Steinman’s. He tried to use his Nobel-winning discovery to cure his own cancer. His breakthrough was the discovery of “dendritic” cells, a new class of cells in the immune system that target unwelcome things like bacteria or tumours. Journalist Brett Norman, a former science writer at Rockefeller University, where Steinman worked, wrote that Steinman’s experiments on himself were “an open secret … unfortunately, the dendritic cell-based treatment didn’t work, at least not well enough.” Steinman lived four-and-a-half years after being diagnosed with Stage IV pancreatic cancer, much longer than usual. But there is debate about whether this treatment prolonged his life.

Jobs opted for alternative therapies for the first nine months after he was diagnosed in 2003. Sharon Begley, science editor at Newsweek, speculates that his cancer could have spread during this time. Later, he opted for a liver transplant, a controversial treatment that may have increased the risk of recurrence because of the immune-suppressing drugs he had to take. His choices, she writes, “may not have extended his life – and may have even shortened it.”

I don’t think it’s for us to second-guess these tough medical decisions. What this underscores is that we  must support more research into better treatments and earlier detection for this deadly disease – and that we should use our time wisely. Carpe diem! Jobs said it eloquently in his now-famous commencement speech to the Stanford graduating class in 2005. At the time, he believed his cancer was cured. But he recounted how it felt to live with a terminal diagnosis for the first 24 hours after his first scan – until his doctors figured out what type of cancer he had. “Your time is limited, so don’t waste it living someone else’s life … Don’t let the noise of others’ opinions drown out your inner voice. And, most important, have the courage to follow your heart and intuition.” It’s advice that’s as pertinent for Zoomers as it is for young people. For Jobs, the most important question is: “If today were the last day of my life, would I want to do what I am about to do today?”

The third member of the trio was virtuoso pianist Roger Williams, who died at age 87, six months after he announced that he had pancreatic cancer. He was a legendary performer nicknamed the pianist to the presidents because he played for every one from Harry Truman to George H.W. Bush. His 1955 hit “Autumn Leaves” was the only piano instrumental to hit No. 1 on the pop charts. It remains the best-selling piano record of all time. And a fitting soundtrack to these three sad stories.