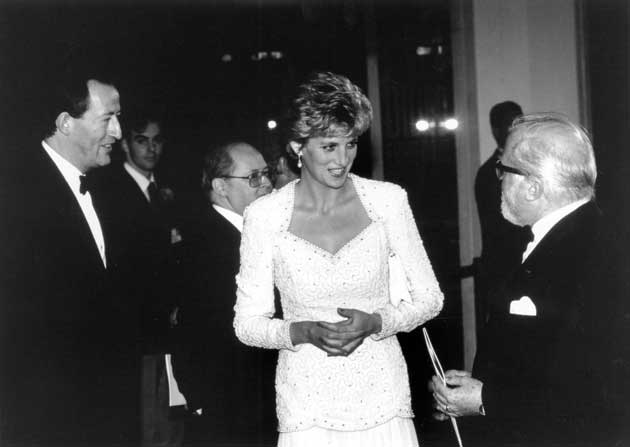 Princess Diana, in 1992, emerges from the National Film Theatre, stopping to talk to director and producer Richard Attenborough.

Diana, Princess of Wales, left not only a legacy, but also a hole in many people’s lives. It goes some way towards explaining the media’s ongoing fascination with her, even now.

There was something about Diana. Beyond her relative shyness in the public eye, her charitable work or her failed marriage to Prince Charles, it’s been difficult in the 20 years since her death to put a finger on just what made the Princess of Wales appealing to so many.

She was certainly one of the key figures who could create a flurry of newsworthiness out of, seemingly, the most nondescript of events. Widely believed to be the world’s most photographed woman, she remains so now, posthumously, despite the salivating cravings for celebrity culture that now occupies the minds of many. Indeed, even now, magazines are still finding reasons to run “sensationalist” stories on her.

The subject of her death has rarely gone away for long. Even after the inquest returned a verdict of “unlawful killing” in 2008, conspiracy to