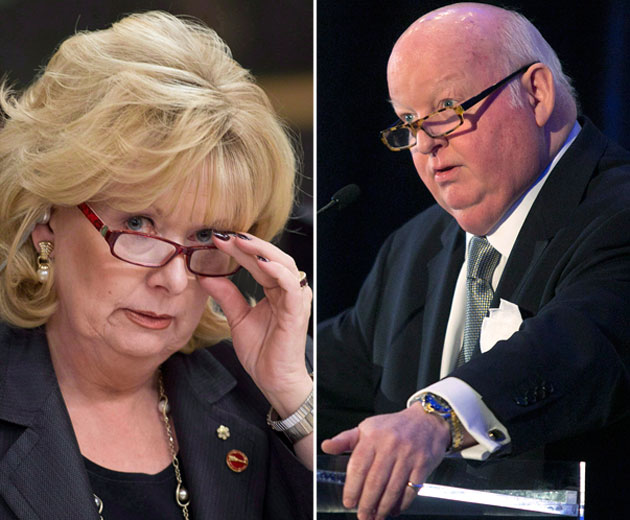 There’s nothing particularly new about scandal in Canadian politics. John A. Macdonald, our very first prime minister, was brought down by a bribery and fraud controversy that makes our current Senate expense scandal seem tame by comparison.

But that doesn’t get around the fact that Prime Minister Stephen Harper’s Conservative Party was supposed to be different. They were elected, in large part, because they promised voters a leaner, anti-elitist administration that wouldn’t fall prey to the usual bribes, fraud, backroom deals and shady payments  that have sullied governments throughout our history.

Forming government in 2006, the Conservatives’ victory was fueled by the fallout from Jean Chretien/Paul Martin scandal-plagued Liberal Party, the most infamous being the vote-buying Adscam fiasco, which ensured the Liberal’s demise as an electable party.

Back then, the Conservatives promised they’d be accountable to Canadians who had become sickened by Liberal scandal. Theirs was an incorruptible party, comprised of low-key outsiders (including Harper himself) who would sweep out the House and the Senate, ending patronage and curtailing the wild spending sprees of the governments’ past. Its candidates would operate honestly and, most importantly, always respect the taxpayers’ hard-earned money.

It sure sounded great.

But once they assumed power, it turned out they were no less likely to dip their hands into the taxpayer cookie jar than the politicians they condemned.

The earliest indication that this round of parliamentarians might not be so pristine came in July 2010 when Defence Minister Peter MacKay booked a ride aboard a military helicopter, a $32,000-an-hour convenience used to transport him from a fishing trip to Gander Airport.

Then came Bev Oda’s sumptuous stay in London, where the Heritage Minister luxuriated in swanky hotels, drank $16 glasses of orange juice and hired a limousine to transport her around the block, all on the taxpayer dime.

Not to be outdone by their cousins in the House of Commons, three Harper-appointed senators decided to get in on the fun.

First it was Sen. Patrick Brazeau, whose $48,000 living expense claim raised eyebrows and would undoubtedly have become a larger issue had the young senator not been forced to resign because of a charge of domestic abuse.

Next came Sen. Pamela Wallin, who resigned from the Tory caucus a few days ago while she’s investigated over extraordinary claims for travel expenses. The report showed that since September 2010, the former television personality Wallin submitted expenses of more than $300,000 for travel across Canada. Opposition parties are asking whether her travel including any stops made to stump for the Conservative Party.

But it was Sen. Mike Duffy’s Senate ridiculous expense report that finally forced the PM to come out of hiding.  Duffy, a former CTV on-air host, submitted $90,000 in living expenses, claiming his primary residence was in P.E.I., despite the fact neighbours seldom see him there. The icing on the cake came after Duffy publicly apologized for his actions, saying he’d take out a loan to pay back taxpayers. That might have ended the issue. But it turns out Nigel Wright, Harper’s well-heeled chief of staff, took pity on poor Duffy and cut him a cheque to cover the $90,000 repayment, a clear contravention of Senate rules.

In an attempt to defuse the growing scandal, Wright joined the growing crowd and also resigned. But the Opposition now smells blood and won’t let it die; the NDP is calling for a full investigation of the Senate debacle and wants to know if the Prime Minister had any knowledge of Wright’s cheque.

Before bailing out of the chaos to attend a trade mission in South America, a beleaguered Harper tried to quell the scandal by publicly addressing his Conservative caucus.

In his May 21 speech, he roundly condemned the expensive behaviour of his party members and Senators saying he was “upset” by the revelations: “Anyone who wishes to use and have public office for their own benefit should change their plans or, better yet, leave this room.”

Asking corrupt politicians to “leave this room” was a good sound bite. Perhaps the PM might have been more accurate if he asked them to “leave this sinking ship,” referring to his once clean and proud vessel that has now begun to founder on the shoals of corruption.

Sure, as scandals go, it’s not the worst – a bunch of sketchy Tory senators fudging their expense reports. But Harper promised us Ottawa would be different under his leadership. And, apparently, it’s not.