The Changing Face of the Monarchy 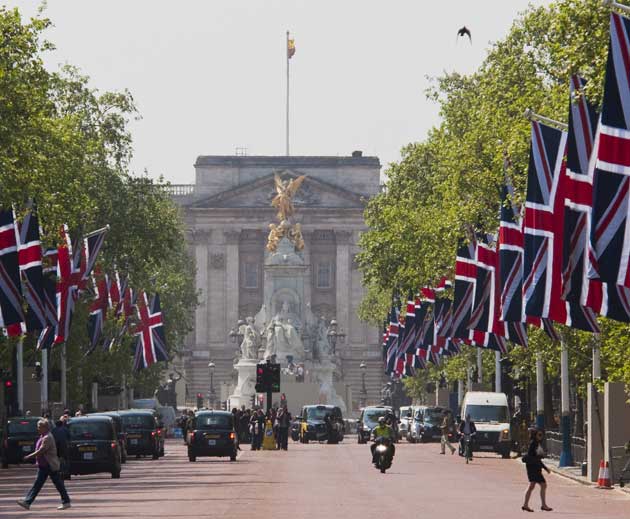 Phil Dampier, one of the UK’s most respected royal writers, has enjoyed privileged access to the monarchy for almost three decades. Here, he describes how old age and modern day Britain is demanding a revised approach from the nation’s most recognised family. And the family is listening…

They’re changing the guard at Buckingham Palace – but this time we’re talking about the royals themselves, not the bearskin helmeted sentries outside.

As the Queen prepares to celebrate the 60th anniversary of her Coronation in June, and the world looks forward to the Duchess of Cambridge’s baby in July, the British monarchy is rapidly adapting to life in the 21st century.

Evolution not revolution has always been the modus operandi of this ancient institution.

But a flurry of events and announcements has brought into sharp focus how quickly the pragmatic Queen and her family are shuffling the royal pack, changing their roles and duties and planning for the future.

In the last two years we’ve suddenly realised that the Queen and her loyal husband Prince Philip are human after all, and are not getting any younger.

First the ‘Iron Duke’ was rushed to hospital with a heart condition around Christmas 2011 and had a stent inserted, and then he went down with a bladder infection at the height of the 2012 Diamond Jubilee, missing in the process some of the key events.

In March this year the rarely ill Queen was hospitalised by gastroenteritis and had to cancel a two-day visit to Rome.

We’d forgotten, of course, that they are 87 and 91, because of their extraordinary work rate. But almost overnight they seemed older and more vulnerable.

So perhaps we shouldn’t have been surprised when it was announced that Her Majesty – still head of state in 16 countries – won’t be attending the Commonwealth Heads of Government meeting (CHOGM) in Sri Lanka this November.

“We are reviewing the amount of long haul travel that is taken by the Queen,” said a Palace spokesman, adding hastily that she was “fighting fit.” Elizabeth has not missed one of these summits for 40 years, and has been the glue holding the Commonwealth together all these decades, so the decision would not have been taken lightly.

Prince Charles will represent her, and just two days after the announcement he and his wife Camilla sat next to the Queen and Philip at the State Opening of Parliament.

It was the first time Charles had attended the ceremony for 17 years, and the message was clear – he is a King-in-waiting, ready to take on more responsibilities and some of the burden off his parents.

Charles and Camilla had just come back from attending the investiture of King Willem-Alexander of the Netherlands, following the abdication of Queen Beatrix. So would the Queen ever do the same?

The answer is a resounding NO.

On her 21st birthday in 1947, the then Princess Elizabeth said in a broadcast: “I declare before you all that my whole life, whether it be long or short, shall be devoted to your service and the service of our great imperial family, to which we all belong.”

Deeply religious, the Queen considers the vows she took during her Coronation to be sacred before God, and of course the ‘A’ word is anathema to her after the chaos caused by her uncle Edward VIII in 1936.

But if the Pope can quit at the height of his authority, couldn’t the Queen change her mind?

“There is talk in fashionable circles of a soft regency,” said constitutional expert Dr Robert Morris of University College, London. “The Queen would slip into retirement with Charles taking over major duties, but she wouldn’t abdicate and he wouldn’t be a Prince Regent.”

As if to emphasise the handing over to younger generations, Prince Harry’s trip to the USA just a few days later attracted headlines around the world. Lurid details of his naked drunken antics in Las Vegas a year earlier were forgotten as Harry met First Lady Michelle Obama at the White House, paid tributes to fallen servicemen at Arlington National Cemetery and played sitting volleyball with disabled veterans in Colorado.

“I’m sure Harry has learnt from his mistakes and he was superb on the US tour,” said royal author Robert Jobson, who covered the trip. “Everywhere he went he had time for people, and you could see how much the various causes, particularly the ones involving wounded servicemen, meant to him.

“Harry is a serving officer himself of course, and has friends who were killed or injured in Afghanistan, so he speaks and acts from the heart.

“He has finally grown up, and will be an amazing asset to the royals in the future. In every way, now is the time for the young royals to step up to the plate.

“Prince Charles is ready and the public now accepts and likes the Duchess of Cornwall. She is much more popular and people can now see her as ‘Queen Camilla’ when the time comes.”

And then, of course, there is William and Kate.

When the Duke and Duchess of Cambridge’s baby is born in mid-July, this golden couple, already global superstars, will be catapulted into the media stratosphere.

For years William has tried to lead as normal a life as possible, working as an RAF search and rescue helicopter pilot, and living in remote north Wales to shield Kate from the paparazzi.

But soon he will have to leave his sanctuary, perhaps transferring to a military desk job or even leaving the armed forces altogether to take up full-time royal duties.

“William knows that he, Kate and Harry are young, glamorous and full of energy, and that the Queen needs their help,” said Ingrid Seward, respected Editor-in-Chief of Majesty magazine.

“I think they will scale back on their engagements, and she will spend more time at Windsor Castle, which is her favourite home.

“During the Diamond Jubilee the Queen appeared on the Buckingham Palace balcony with just the hard core of the family, Charles and Camilla, William and Kate and Harry. It was a clear signal that they were the future – and I would say the future has now arrived.”

As William, Kate and Harry take up more patronages, their media savvy staff are using Twitter, YouTube and other modern tools to generate interest in the royals among the young.

“The royal wedding was seen by two billion people and many teenagers got interested in the royals for the first time,” said Robert Jobson.

“Twenty years ago you might have thought the power and influence of the monarchy would start to die out after the death of the Queen. But with William, Kate and Harry all becoming superstars and with the popularity of politicians at an all time low, the future looks bright for the monarchy.”

And don’t forget Harry has still to find a bride! When he does that girl will become another big plus for the House of Windsor and she will be able to carve out a role as well. At the end of a long reign the Queen can look back with pride on a job well done. But she can also now start to relax and see that her family’s future is in safe hands.

Phil Dampier is author of the best-selling What’s In The Queen’s Handbag (And other royal secrets) published by Book Guild.