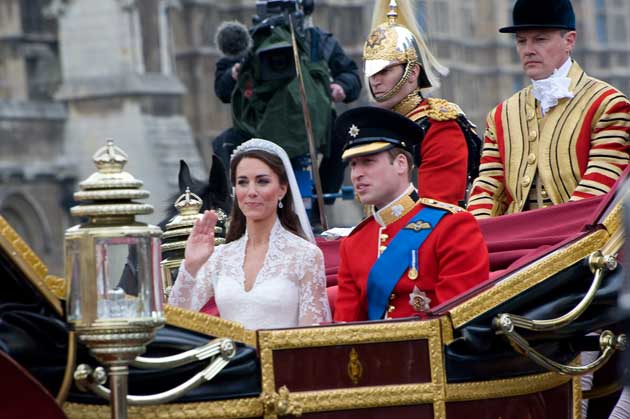 Throughout the recent history of the British royal family, divorce has been something of a staple. While the lavish state wedding ceremonies draw enormous crowds of well-wishers and are watched by millions around the world, the statistics suggest, sadly, that most marriages fall on rocky territory.

Going back to the time of Henry VIII, when the king pressured the Pope into letting him divorce Catherine of Aragon so he could take Anne Boleyn as his new queen, things have changed a little – divorce is a lot easier to come by these days.

Perhaps the highest profile modern royal divorce was that of Prince Charles and Princess Diana, who were married on 29th July 1981. On 28th August 1996, it was over. Charles married his second wife, Camilla Parker Bowles, in 2005. She, too, was divorced, from Andrew Parker Bowles, in 1995.

Pipping Charles and Diana to the post were Prince Andrew and Sarah Ferguson (Fergie), who married on 23rd July 1986 and divorced on 23rd May 1996. Neither has remarried. It can’t have helped that she was photographed with financial manager John Bryan – she topless, he sucking her toes.

Charles’ and Andrew’s sister, Princess Anne, married Mark Phillips on 14th November 1973, and they were divorced on 23rd April 1992. Anne married her second husband, Timothy Laurence, that same December. The strongest marriage of Queen Elizabeth’s children, therefore, is that of Edward and Sophie, the Earl and Countess of Wessex, who married in 1999 and remain together.

Princess Margaret, the Queen’s younger sister, got the divorce ball rolling in 1978 when she left Antony Armstrong-Jones (they were married in 1960). It was the first royal divorce in Britain since King Henry VIII and the Pope’s showdown. Armstrong-Jones remarried, with Lucy Lindsay-Hogg, in December 1978, but that marriage ended in divorce, too, in 2000.

Although King Edward VIII never divorced, he was divorced from his sovereignty when he caused a national crisis by proposing to Wallis Simpson, who left her second husband to marry him. Following his abdication in December 1936, he was given the title His Royal Highness The Duke of Windsor.

Royals elsewhere have joined the divorce club, too. Princess Stephanie of Monaco has been married twice: she was hitched to Daniel Ducruet for just one year from 1995 to 1996 and her second, to Adans Lopez Peres, also lasted a year from 2003 to 2004. Her sister, Princess Caroline of Monaco, married Philippe Junot in 1978, only to get divorced in 1980. She remarried twice, first to Stefano Casiraghi, who died in a boating accident in 1990, and then to Ernst August, Prince of Hanover, in 1999.

So, who will be next?