Some Good News for a Change 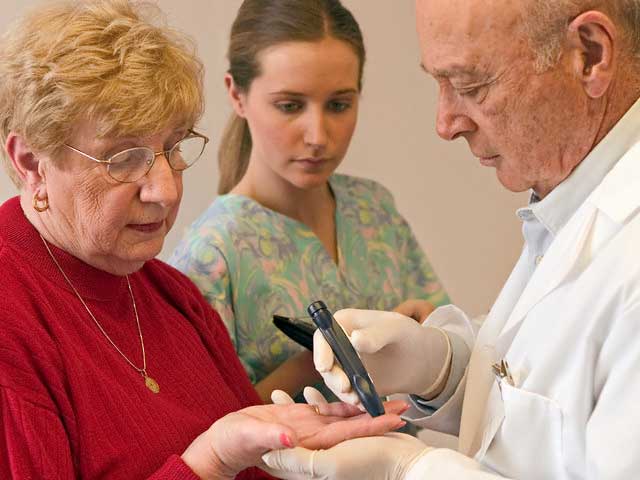 Some good news about diabetes for a change. Fewer Ontarians are dying from the disease.

Women’s College Hospital researcher Lorraine Lipscombe co-authored a study with a Swedish scientist showing “huge falls in diabetes mortality in Canada and the U.K. since the mid-1990s.”

In 1996, an Ontarian with diabetes had an increased mortality risk of 90 per cent compared with the general population.  In 2009, that increased risk dropped to 51 per cent.

The reasons for the drop?

The authors attribute it to more aggressive treatment, including better control of blood sugar in people with diabetes, and blood pressure control and statins to reduce the risk of cardiovascular events in people both with and without diabetes.

More diabetes screening and earlier diagnosis in recent years may also have contributed to lower mortality rates, according to Thursday’s news release from the American Association for the Advancement of Science.

But there’s some bad news, too.

And it went up significantly more here than it did in the UK — “the prevalence of diabetes was considerably higher in the Ontario cohort than in (the British cohort) during the study period,” say the authors.

More than one out of ten Ontarians is living with diabetes. And a whole lot more are living with pre-diabetes — “ blood glucose levels that are higher than normal, but not yet high enough to be diagnosed as type 2 diabetes” is how pre-diabetes is defined by the Canadian Diabetes Association.

The idea of a pre-disease, a warning that something is starting to go wrong and may develop into a full-blown disease, is intriguing. There are pre-cancerous growths, of course, but I can’t think of many more pre-diseases.

There’s pre-natal, but pregnancy’s not a disease.

On the other hand, there should be a lot more post-diseases — for example, post-flu when one is still recovering. And instead of being called a cancer survivor, might one say, “I’m post-cancer.”?

I’m all for adding many more pre’s and post’s to our conversation. Next time somebody asks me about my age, I’ll say, “Post-sixty.” Come to think of it, even post-fifty would be accurate.

Trouble is, there really is no post-diabetes. About the best you can hope for, with this lurking disease, is to be post-pre-diabetes. But then, maybe in a way we’re all pre-cancer.

And certainly, we’re all pre-death because, eventually, no matter how effectively we deal with pre-diabetes and pre-cancerous growths, we’ll all be post-life.