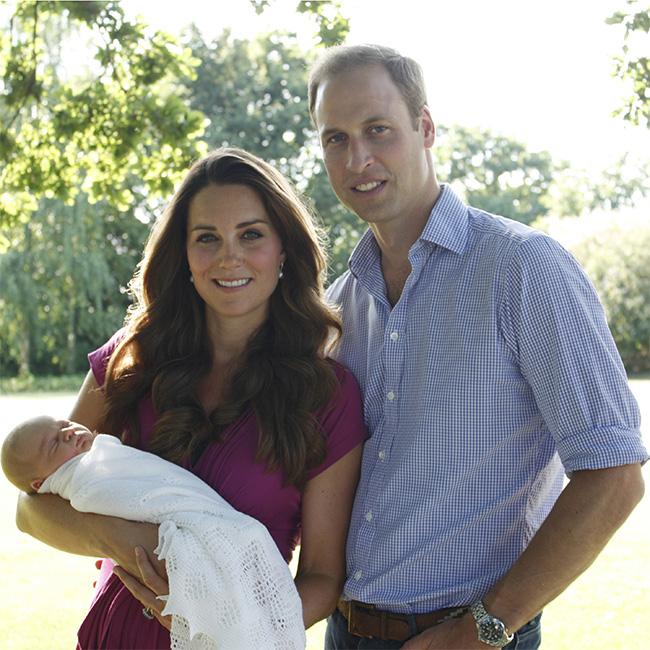 William and Kate are looking forward to having a second child. But will they stop there or go on to have three or four? And do the royals only have two children each because Prince Philip believes the world is over populated?

He’s already talked about the stresses and strains of being a parent, the nappy changes and the sleepless nights.

But Prince William has made it clear that it’s only a matter of time before he and wife Kate take the plunge and have another baby.

At the Anglesey Show in North Wales recently he dropped the clearest hint yet by saying: “Catherine and I look forward to returning again and again over the coming years with our family.”

And when the couple announced their engagement in 2011, William said: “Obviously we want to start a family.”

But the big question is will the Duke and Duchess of Cambridge stop at TWO children or dare to break with what is now an established royal tradition, and have three or four?

All of the Queen and Prince Philip’s offspring – Charles, Anne, Andrew and Edward – have had two children.

Anne’s son Peter Phillips and his wife Autumn have two daughters Savannah and Isla, and daughter Zara is expecting her first.

The Queen was one of two children, her sister Princess Margaret had two children, and her son Viscount Linley and daughter Lady Sarah Chatto have, you’ve guessed it, two children each.

So where has the pressure for this seemingly controlled royal breeding programme come from?

The answer lies with the ‘head of the family’ Prince Philip, who ironically, of course, has FOUR children!

For more than 40 years the conservationist Duke of Edinburgh has been warning that overpopulation is storing up disaster for mankind, and that without stringent measures to control it, the planet is doomed.

In an interview with the BBC’s Fiona Bruce in 2011 to mark his 90th birthday he said the growing human population was the “biggest problem” adding: “Where we are there’s nothing else.”

Asked if he would favour a mass sterilisation programme, he replied “of course not” but he favoured “voluntary family limitation.”

His views have sparked controversy in the past, and in 1986 he wrote in the forward to a book If I Were an Animal: “I just wonder what it would be like to be reincarnated in an animal whose species had been so reduced in numbers that it was in danger of extinction.

“What would be its feelings toward the human species whose population explosion had denied it somewhere to exist… I must confess that I am tempted to ask for reincarnation as a particularly deadly virus.”

And in a 1984 TV interview he said: “Ninety-five per cent of the whole of the Atlantic rainforest in Brazil has disappeared in the last 100 years.

“There is simply nowhere for the animals to live. At the basis of it all is this colossal increase in the human population. Man is one of the living species of the planet but it is reaching plague proportions.”

Ashley Walton, co-author of Prince Philip: Wise Words and Golden Gaffes, said: “Although he has spent much of his life walking a few paces behind the Queen, Philip wears the trousers in the private family.

“He will never have told any of his children or grandchildren that they are virtually banned from having more than two kids, but he would certainly have made his views known and strongly encouraged it.”

In the carefree days before the abdication crisis, the Queen and sister Princess Margaret grew up in a family which her father touchingly referred to as “us four.”

But why did she and Philip himself, the great ‘Malthus’ of the monarchy, have four children?

“It was a different era” said Lady Colin Campbell, best-selling author of The Royal Marriages.

“When the Queen first came to the throne she was so busy that she saw little of her first two children Charles and Anne.

“By the time Prince Andrew was born in 1960, things were more relaxed.

“They had two lots of two children, in a way, and she was able to spend more family time with the later pair.

“Before the war it was the norm to have four children, and the then Princess Elizabeth’s family of four was a rarity.

“Now it is normal to have two and I’m sure Prince Philip’s views on overpopulation are a factor.”

If William and Kate only have one more child let’s hope it’s a girl, as William has said he would like a daughter.

Sadly, his parents’ marriage started to disintegrate in 1984 when younger brother Harry was born.

In his blockbuster book Diana Her True Story, which blew the lid off the state of Charles and Diana’s marriage, Andrew Morton revealed Diana’s feelings.

“Harry arrived and his first comment was: ‘Oh God, it’s a boy.’ From that moment something inside died.”

Diana had two difficult births and once remarked: “If men had children they would only ever have one!”

But she had provided the so-called ‘heir and spare’ to make sure the line of succession was assured.

It’s a sure bet that Charles now regrets his reaction and is proud of his second son. He’s glad to be a grandparent, and is doubtless looking forward to Harry having children as well. But only time will tell if William and Harry follow Prince Philip’s advice and count their children in “two by two.”