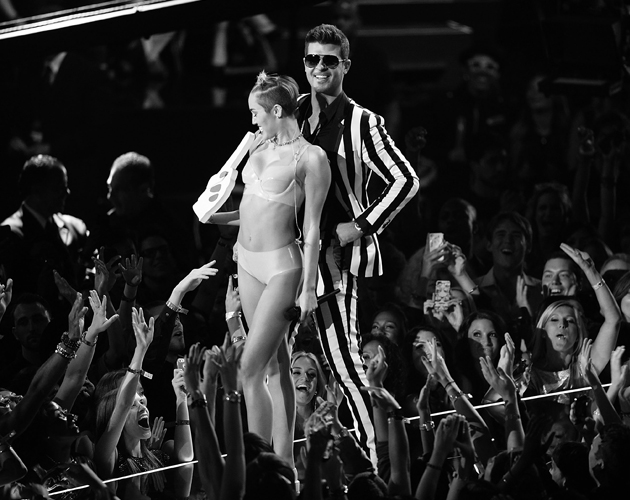 Hasn’t Miley Cyrus read Kristen Laborde’s fantastic piece Take Your Position, about sex for over-45 folks who suffer from any number of physical ailments, in ZOOMER magazine, or at the very least seen the Meryl Streep flick It’s Complicated?

Evidently not, as in the pop star’s 20-year-old bubble, when it comes to sex the 40-plus crowd may as well be mummified and packed into a dusty tomb to await the end. She virtually said as much on the Today Show this morning, when host Matt Lauer commented on the sexed-up image the former Hannah Montana has embraced in recent months – most notably in her twerkalicious MTV Video Music Award performance with Canuck singer Robin Thicke — and questioned when she may leave it behind.

“Well, I heard that when you turn 40, things start to go a little less sexual…Around that time I heard that’s when people don’t have sex any more. So I guess maybe around then.”

Upon learning Lauer’s in his mid-50s, Cyrus quipped, “Oh, well, then you’re really definitely not sexual.”

Ouch! Now, I know Cyrus doesn’t mean to offend – she’s simply young and naïve and probably heard this misinformation from the same person who convinced her that generic, soulless pop music, minus all her clothing, and multiplied by an abundance of tongue-wagging, is the recipe for a successful music career (well, they were right about the latter – at least until Cyrus bottoms out like so many teeny-boppers before her).

Still, while I don’t know what’s going on in Lauer’s bedroom, if Cyrus really thinks the 40-plus crowd pushes their beds apart for the latter half of their lives, she need only open her eyes to the Hollywood landscape she inhabits half-clothed. Boomers are getting busy all around her, from 69-year-old Michael Douglas and 44-year-old Catherine Zeta-Jones (they’ve moved back in together) to Jane Fonda who, at 74, claims, “I have never had such a fulfilling sex life.”

Trudie Styler, 59, may have debunked the “tantric sex” rumours that dominated talk of her sex life with hubby, rocker Sting, 62, but she notes they get along under the sheets just fine, thank you very much. And what do you think George Clooney and his revolving door of lady friends get up to behind closed doors? They ain’t just checking out the latest Netflix selection.

To be fair, when we were Miley’s age we didn’t give much thought to the sex lives of people our parents and grandparents’ ages either. But no sex after 40? Come on Miley – these folks are older, not dead.