Fit to Print: Conrad Black Reflects on the History – And the Future – of the Newspaper Industry 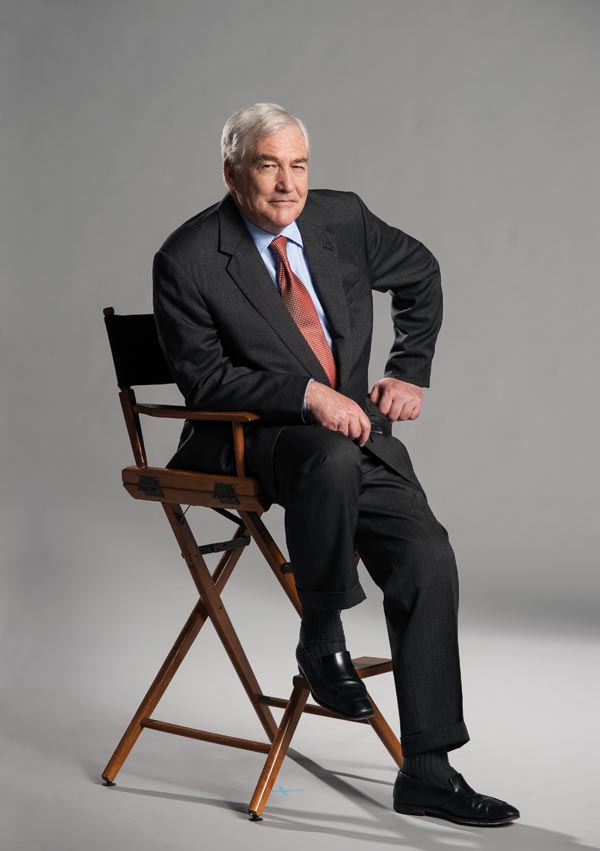 The funeral of the newspaper, which has been almost continuously sung for over a decade is premature (like most obsequies not conducted in the physical presence of the ostensibly deceased).

The newspaper industry invited this morbidity, as it had remained essentially unchanged for over a century: trees were felled and converted to newsprint, which was shipped to urban printing plants and stamped and cut into newspapers on massive presses and distributed around the metropolitan areas of every city.

With the advent of television, newspapers contracted, so there was very little direct competition. Apart from New York and Toronto, no large North American city had competing metropolitan broadsheet dailies in the same language. This incited the arrogance and complacency of monopoly. Yet along with this complacency went the defeatism of a medium intimidated by television and then frightened stiff by the Internet. Because of concerns that circulation was generally falling, even under the competitive pressures of television and radio, before the Internet was even a gleam in the eyes of all the tiresome techies and hucksters who infest that milieu now, cover prices were almost frozen, and circulation revenue steadily declined as a percentage of newspaper industry income. For the last 15 years the newspaper industry has been passing through the valley of financial humiliation and often stark terror.

The onslaught of the Internet transformed even the mightiest traditional newspaper franchise into a bumbling, stammering victim of time and technology, naked and speechless before its technologically more advanced competitors. Almost all newspapers responded as well as their inflexible intellectual resources and limited tactical abilities would allow, but essentially they were all trying to use the Internet as a tease to pull readers into the printed product to help carry the colossal capital overhead of the presses and the delivery systems.

As so often happens in almost every field, the worst moments, which may seem to be the last stations in the almost vertical descent to oblivion, are the depth of darkness before a new dawn or could become so. Cooler heads are starting to assert themselves, both new buyers from the technology sector, most conspicuously Jeff Bezos of Amazon, who paid ten times Earnings Before Interest, Taxes, Depreciation and Amortization (the fabled EBITDA) for the Washington Post, and astute investors not especially associated with newspapers such as Warren Buffett and the buyers of the Winnipeg Free Press, the Boston Globe and the Orange County (Los Angeles) Register. One of the buyers of the Register, Eric Spitz, explained in the Wall Street Journal on August 19 what he and his partner had done.

Mr. Spitz declared himself in the Journal to be both a contrarian and an iconoclast, by which he meant that he both “zigged” when others ”zag” and that he smashed other peoples’ idols. In the newspaper business, he wrote, the first such idol is the truism that digital information must be free. The second is that the digital business can only be saved by digital solutions. As the co-owner of the fourteenth largest daily newspaper in circulation in the United States,  he declares both these notions to be false and he has smashed them both at his own title.

He wrote: “I don’t know many businesses that can survive pricing their core product at zero. In fact, I am less surprised by how many subscribers the newspaper industry has lost since this decision than by how many subscribers still remain, knowing that they are paying for content that others get for free.” His newspaper imposed a serious online paywall requiring laptop, smartphone or tablet readers to pay for the Register’s content online, by subscription or a daily rate.

His answer to the obvious question of how a newspaper can charge for its content when others give it away is that a newspaper must differentiate content, raise its quality and make itself more of a must-read. He demurely omitted to add that since there is not really any direct newspaper competition in his circulation area, anyone interested in the local news and distinctive comment his newspaper provides is not going  to get it anywhere else free. He tellingly made the point in his Journal piece that HBO, satellite broadcasting, and FedEx  “famously figured out this value problem.”

Mr. Spitz smashed the other icon and made the notorious point that many who know better are still reluctant to acknowledge that digital advertisements don’t work as well as advertising in most other media formats, and he has adopted a business model that assumes that the shift in advertising dollars to online and mobile need not come from the pockets of print media. He made the illustrative point that although television ratings and consumer time spent watching television have declined and there has been acute fragmentation of the market, television advertising revenues have grown steadily. He deserves full credit for an unconditional assault on the conventional wisdom, which is a case he makes not only forensically but as a businessman who has invested heavily in thickening the content of the Register, adding sections and hiring quality journalists. He and his partner have taken direct aim at the defeatism of the newspaper industry over the last 30 years.

There are some other points in the same argument that he did not make. But anyone who still buys a broadsheet newspaper in any economically and technologically advanced country, is an ABC-1 reader: that is, a relatively high education and high income reader, precisely those whom the advertisers most wish to reach, especially as the demographic of aging and longer productive and consuming lifespans is finally dragging the advertising industry, whimpering and grumbling incredulously, into higher age brackets, since it is impossible to sell anything to people who do not exist. In this climate of a hirers’ market in the newspaper industry, highly capable editors and writers can be engaged relatively cheaply, and as television information and comment steadily deteriorates into sapper-teams of extreme left and right idiots screaming epithets and shibboleths at each other, there is room for the newspaper to reap the fallout.

Advanced democracies are all governed, to use a sports metaphor, from between the 30-yard lines and that is where they want their comment, as long as it is delivered crisply and literately, and not by idiots doing a send-up of Saturday Night Live on behalf of the Tea Party or MoveOn.org. There is room to dissent profitably from the imbecilization of America and culturally inter-facing societies like Canada.

And there will be sales of newspaper content digitally, and this can be
put in designer formats for subscribers, putting the items in the order
of individual stated news category preferences, connected to archives and YouTube and  constantly updated. Printed versions can be produced on the subscriber’s home printer, with no distribution or paper cost to the publisher.

The premium on the editorial function will be greater than ever as the flow of information and comment becomes ever greater, and exclusive writers and teams of skilled rewrite people can utilize the goodwill in the great newspaper trademarks and pull them into both the online and printed products. Choice overwhelms; and the media cannot impose stupidity. People are not dumber than they were 40 years ago, although the standards of public education have declined in that time. But we are speaking of the highest quarter of the population in educational and economic terms, and they are tired of being addressed as if they were idiots, by people who, from all appearances and inflections, actually are idiots.

At last, the counteroffensive of the newspaper industry has been sounded, which should have been in the trumpets of that industry at about the time dirges were sounded for the newspaper, when colour television was introduced; when newscasts conveyed the news and commentators were not mainly screed-shouters on autocue.

In furtherance of a return to those august times, I am returning to television after an absence of many years in The Zoomer, a program produced by the company that also counts this magazine as one of its assets, to try to help present news, comment and interesting people in a civilized way that is not an affront to the sense of civility or the intelligence of viewers. Of course, there are many good programs on television, and neither the show’s team nor its creators in this organization imagine that we are doing radically new things. And I make absolutely no claims for myself as an on-camera personality. But we will try to give a crisp and literate perspective to the problems and questions that our natural constituency of mature but active and engaged people have on many subjects. Both the tone and format will be a little different; neither trendy and faddish nor at all self-important, with some wit but no pretention or sanctimony. All new enterprises start out, like
political campaigns, with the enumeration of sonorous goals that are rarely achieved. We will spare you that but hope you will give us a look and not be disappointed. A version of this story originally appeared in the Oct. 2013 issue of Zoomer magazine.