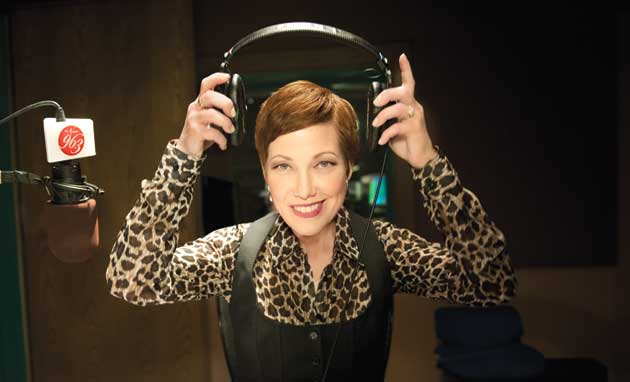 Maybe it’s because I lived abroad and travelled extensively when I was young. Or perhaps it’s my reaction to living through the fourth (and hopefully final!) renovation to our house. But while travel is at the top of the agenda for most of my Zoomer-aged friends, I find that increasingly I just want to stay at home.

It’s not that I lack curiosity about the world. I love seeing new places with different cultures and exploring their history. When I’m away, I always meet people easily and, after a couple of weeks, I can usually figure out enough of the local language to ask for directions and order a meal. My husband, Doug, and I are great travel companions, and we’ve had many wonderful holidays together.

But what I usually don’t like is being a tourist. And while you’ll never catch me traipsing around the world’s great capitals in baggy shorts and speaking loudly, I have no doubt I am as stereotypical as small-towners or tourists taking pictures of each other taking pictures.

“And what exactly is wrong with that?” I keep asking myself that question every time I put off Doug’s request to plan the next big trip to a place on “the list” – places like Prague and Morocco and, most of all, India. He travels there occasionally for business, and I have wanted to go for at least a decade. But something always stops me. First, it was finding the time. I used to reason that I needed at least three weeks for such a huge, diverse country. I’m over that. If some people can go that far for a business meeting or to sign a contract, I can settle for two weeks. Last November, an ex-pat friend was going to organize an insider’s tour for his friends. It was postponed. The next possible date was January – then our much-delayed kitchen renovation was finally a go.

A significant travel experience has to involve some sense of dislocation both physically and psychologically – but not as much as a renovation. It wasn’t as bad as we expected. We moved the fridge, toaster, coffeemaker and microwave into the dining room and, even though there was no water on the ground floor, we managed breakfasts at home. I got used to greeting the crew in my bathrobe. We ate dinner out every night – just like we would on a trip. It was like staying at a bed and breakfast – a bad one – for three months. Now I’m happy just cooking and puttering in the new kitchen – another steady diet of restaurant food would be anything but a holiday.

That still doesn’t explain the unease I often feel when I’m travelling. It took a great travel writer to help me finally put my finger on it. Pico Iyer, who spoke at this past June’s ideacity Conference in Toronto, was born in England to Indian parents, moved to California at a young age and married a Japanese woman. He never had an easy answer to the simple question: “Where are you from?” Iyer sees himself and a growing cohort as a “global soul,” a new kind of “international person who lives in the cracks between cultures … a person who has to construct his or her sense of tradition and community and home and even self from scratch.”

He’s a huge fan of Toronto as the best-case scenario for multiculturalism on a collective scale. He actually refers to our city as a “paradise.” Without irony. He figures it’s because people come here from all around the world and have to address “the question of how to make a community of strangers and how to try to draw cultures together and make something positive.” It’s Iyer’s reference to community that brought my “aha” moment. When I travel, I’m keenly aware that I’m not part of the community. Nothing I do will have an impact on the place – with the exception perhaps of spending my tourist dollars.

At home, I’m very much part of the community. And since this is the most diverse city in the world, I can step outside and experience the sights, sounds and tastes of every corner of the globe. I hope I will eventually emerge from my homebody phase. But like Dorothy after her trip to Oz, I will always appreciate that there’s no place like home.

Libby Znaimer  ([email protected]) hosts The Zoomer Report on AM740 and Classical 96.3 FM (both ZoomerMedia properties). she is also VP of News. Her book, In Cancerland: Living Well Is the Best Revenge (Key Porter), is available at www.carp.ca/libby.