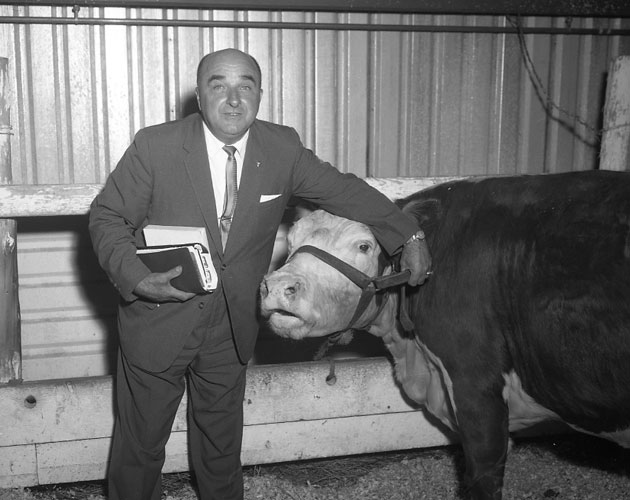 Wally Assef did NOT pat the Queen’s bum.

Not that it would have been much of a stretch. Wally was mayor of Thunder Bay at the time of the alleged incident, and even as Canadian mayors go, Wally was a pratfall waiting to happen.

It’s not exactly a Machiavellian job, being mayor. Snip a few ribbons, shake some hands, smile a lot, keep your hands clean and your pants up and you’ll muddle through.

Not. Look at some of the characters Canadians have voted into office: Winnipeg mayor Sam Katz, accused of trying to write off a $3,000 bill for a staff Christmas party at a restaurant owned by – oops! – mayor Sam Katz.

And then there’s Toronto, with its history of mayoral oddities. Anyone out there old enough to remember Lampy? Allan Lamport was mayor of Toronto for just two years (1952-1954), but he ruled in style, moving into a suite at the Royal York and racking up nearly $400,000 for room service (champagne, cigars, gourmet dinners and booze for Lampy and his buddies.)

All on the taxpayers’ tab.

Not so long ago, Mel (Noooo..Body!) Lastman, wearing the chain of office and an unlikely rug, immortalized Toronto for the rest of Canada by pleading for the Canadian armed forces to help Torontonians through a snowstorm.

As for Toronto’s current mayor … what’s left to say? Mayor Ford hammers out his own headlines almost daily.

Okay, I’ll say this: if Rob Ford runs for office again, there’s a block of voters he can count on: columnists. Rob Ford is copy gold. Most newspaper scribblers would auction their mothers to have Mayor Ford on their speed dial.

I know. I was a newspaper columnist in Thunder Bay for most of the ’70s and ’80s when Wally Assef was mayor. Jolly Wally was a bald, chubby, five-foot-nothing Lebanese-Canadian firecracker who was not always jolly. He had a fuse that was even shorter than he was, he shot from the lip and never met a speech he couldn’t mangle.

When the Queen visited Thunder Bay in 1974, Wally officially thanked Prince Phillip for bringing “his good wife” to The Lakehead.

But he did not, as legend has it, pat the Queen’s bum. That is a base canard invented by a drunken journalist (not this one) over schooners of Kakabeka Cream Lager at the Thunder Bay Press Club.

I know. I was there. Not at the press club – at the royal reception. Somebody must have tipped Prince Philip off about the mayor’s meandering mitts because Phil watched Wally like a hawk. Wally’s hands never got near the Royal end zone.

Kind of appropriate, that: a British hawk watching for a Canada goose.