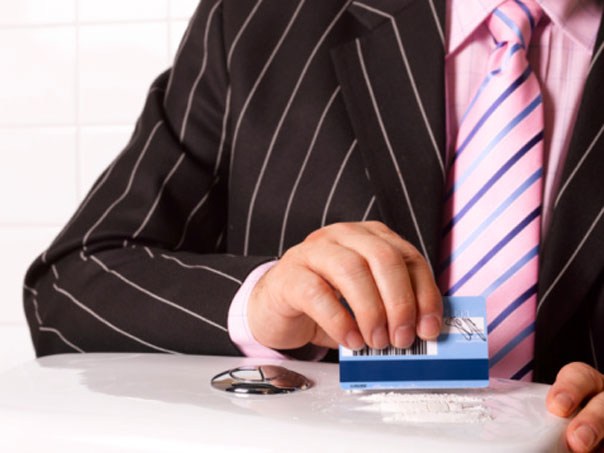 Cocaine and heroin have been much in the news this past week.

Are the users in the news the tip of the iceberg or are they an aberration?

“It’s not the norm but there is a certain level of normalcy that has infiltrated society that wasn’t there before,” says Bill Wilkerson, co-founder and CEO of the Global Business and Economic Roundtable on Addiction and Mental Health.

Wilkerson is well-known for pointing out that there’s a bigger cocaine problem on Bay Street, the hub of Toronto’s financial district, than there is on the streets of Parkdale, a neighborhood known to be hospitable to drugs.

He says people use drugs for different reasons — boredom, stress, loneliness — but what they’re all looking for is a source of stimulation, a spurt of feel-better high.

He blames the environment we’re living in, the superficial connections of Facebook and the replacement of body language with shorthand texting.

“This false notion of connection is producing increased isolation,” he explains, “and isolation is the principle risk factor for depression,”

Wilkerson wouldn’t be at all surprised to see more people in their 40s, 50s and 60s turning to drugs and alcohol.

The stress of coping with unpredictability and intense pressure can explain why financial analysts and investment brokers are some of the biggest users, he says, “doubling up on booze and cocaine.”

He cites “the constant struggle to juggle information, deadlines, good news and bad news, to forecast and to make money.”

It puts them in a tizzy, trying to make sense of it all, he suggests.

“And this quarter-hour billing by lawyers,” he exclaims. “It’s crazy, it ties us in knots. We are going to need the stimulation of alcohol and drugs at this rate. It may get to be that we can’t come down to earth simply through relaxation.”

Performers, actors (and even television chefs), he says, have such an irregular schedule, with intense bursts of needing to be wired up and on their game combined with lengthy, boring periods of waiting around, that they turn to stimulants for relief.

“Stage performers and musicians have high rates of drug use,” he explains., “because they have the high stress periods of performances and then nothing to do all day.”

He adds, “That’s why poets have such a high rate of suicide. It’s the isolated work they do in a vacuum.”

Wilkerson says he doesn’t have one.

“The one thing he must do is get out of the arena altogether and forever,” he emphasizes. “His lifestyle and his official responsibilities are in conflict. I don’t think there’s any hope for him as long as he continues to pretend he’s able to function like this.”