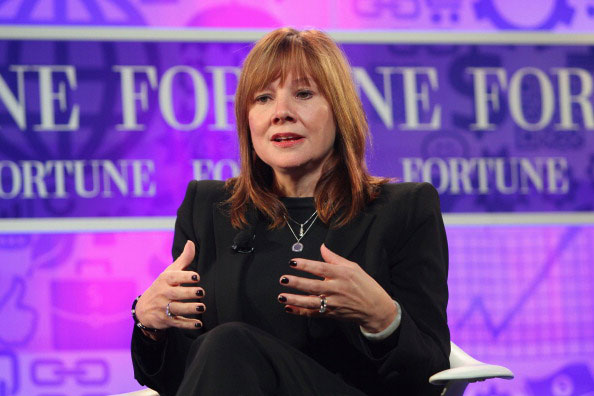 I have very mixed feelings about today’s appointment of a boomer woman, Mary Barra, 51, as the first female president of General Motors.

On the one hand, I’m thrilled that a woman has broken through that glass ceiling.

With women heading GM, Google, IBM, Hewlett-Packard, Yahoo, with Hillary Clinton as the leading contender for the U.S. presidency post-Obama, it’s clear that there’s no job we can’t do and won’t be stopped from doing.

I’m thrilled for my three granddaughters who won’t be denied any opportunity — as I was; was I ever! — because of their gender.

But I’m also somewhat apprehensive about the consequences of these breakthroughs.

Will women who choose not to occupy the executive office, who don’t even aspire to anything more (or less) than raising children and making their homes into family oases feel less worthy?

The messages women are getting now make it clear that not only can we do anything men can do, we can outdo men.

We can be their bosses as well as their mothers.

We no longer need them to rescue us. We’re brilliant at rescuing ourselves (see Sandra Bullock in Gravity).

Better yet, we’re strong and smart enough to rescue them (see Anna in Disney’s Frozen and Evangeline Lilly as Tauriel in the movie version of The Hobbit.)

Every day, women are being instructed that we have to excel in every way.

It’s no wonder women are stressed, depressed and self-medicating.

Women used to compete for the best mates — that usually meant the kindest and wealthiest and not necessarily in that order.

Then they competed as the best homemakers and mothers. Who could lay the nicest table? Who could bake the tastiest pies? Whose children were the best behaved and ranked at the head of the class?

Now, young women are expected to do all that and at the very same time, to do a lot more.

They’re supposed to move steadily through the executive ranks, to “lean in” and follow women like Mary Barra through the glass ceiling.

All that and rescue men, too.

Or maybe it’s really women who need rescuing after all, all over again.