Not Made in Canada 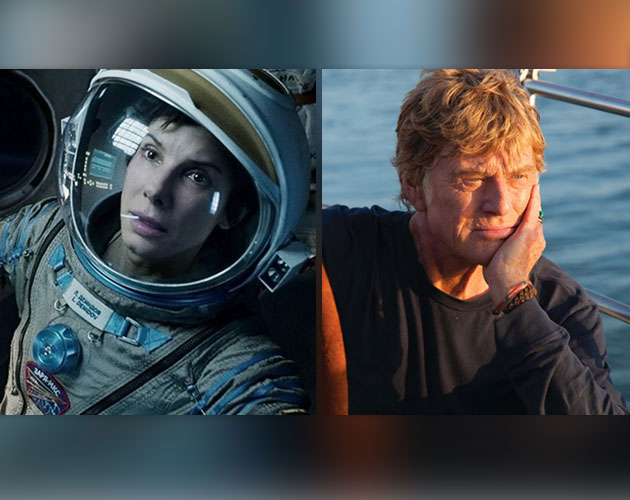 Two of the biggest movies of the year — both already recognized with awards and likely frontrunners at Oscar time — probably couldn’t have been made in Canada.

Or, for that matter, in any other country but America.

That’s not because the cutting edge technology and huge budgets are Hollywood hallmarks.

It’s because Gravity and All Is Lost are spectacular celebrations of the stoic independence and courage of the individual. They’re about one person, relying on no one else, seemingly alone in the universe,  single-handedly defying death.

If you’ve ever wondered why the controversial “Stand Your Ground” laws are so popular in parts of the U.S., watch these movies.

Sandra Bullock in space (Gravity) and Robert Redford at sea (All is Lost) are solo protagonists who put up heroic fights to survive. There is no one to consult, no one to talk to, no one to help.

Only their wits and determination can save them and bring redemption.

Both emerge from the water as if reborn, although one ending is ambiguous.

It’s the American story of rebellion against fate and taking matters into one’s own hands. The solitary hero in the American cinema isn’t new. He — it used to be only men — goes way back to the cowboy and then Clint Eastwood.

Canadian movies and stories are more about how we relate to each other. They’re about communities, families and friends.

One of the most popular and praised Canadian movies of 2013 is Still Mine, about a man battling bureaucracy, with the help of his lawyer. He wants to build a new home for his elderly wife with dementia.

Sarah Polley’s Stories We Tell, an international success, is a study in the complexities of family relationships.

You might think that nature would be an obvious opponent in Canadian movies — the raging seas of the Maritime, the blizzards of the Prairies, the dangerous peaks of the Rockies.

But we Canadians don’t go it alone. We survive through cooperation and compromise. Our story is about how we connect and come together to help each other through the storms — and the bureaucracy.