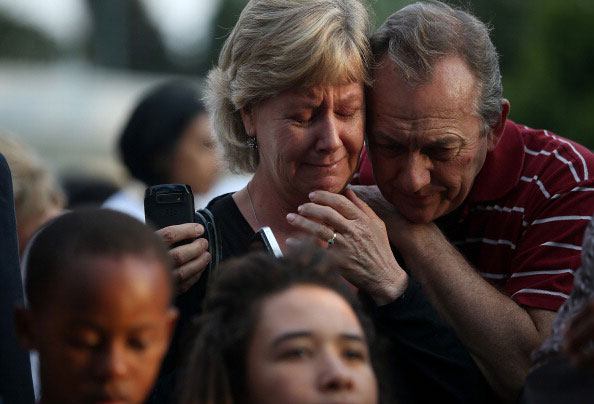 “Traffic is disrupted wherever you go,” she said. “You cannot get through.”

The 73-year old respiratory therapist, who has lived in Johannesburg her entire life, was speaking by phone Thursday night, as the country and the world prepare for the funeral Sunday of Nelson Mandela.

And almost everyone has “personal little stories” they want to recount about the leader she considers “a great man, an unbelievable hero.”

South African television, she says, “is full of people coming along with little incidents.”

Cohen has her own story.

“I was walking in the corridor of Johannesburg Hospital (now Charlotte Maxeke Hospital), just going along, head down, and then I lifted my head up and there was this enormous man in front of me.

“He was very broad, very tall and very regal. He put out his hand to me and smiled and said, ‘How do you do?’ I didn’t know what to answer as I shook his hand.”

She continues, “He was such a humble man. Here he saw a stranger in the hospital corridor and stopped to speak to me and shake my hand.”

This was typical of Mandela, she explains.

“Someone was telling me they were with him one day at a meeting, with guards posted at the door. He greeted each guard before entering the room, stopping to speak to each one individually and asking, ‘How are you this morning?’ “

Cohen says people are not mourning Mandela in the days before his funeral as much as celebrating his life.

“For the last six or seven years, it was very sad to see pictures of him,” she says. “He had that puzzled look as if he didn’t know what was going on.”

Cohen has been finding out more this week about Mandela’s life.

“In the early years, when he was put in prison,” she recalls, “the news did not come through to all of us. There are lots of things I’m hearing now that I didn’t have a clue about then.”

Freed from prison, she says, “He did everything the right way. He reconciled with the apartheid leaders. It was a wonderful time in South Africa.”

Cohen is concerned about the future.

The appearance of the infamous interpreter whose gestures were gibberish during speeches by world leaders is a symptom of incompetence in post-Mandela South Africa, suggests Cohen.

“How this man got through, I don’t know,” she says, about the interpreter. “He didn’t have a clue as to what he was doing.”

It would never have happened during Mandela’s time at the helm, she says.

“Mandela stuck to the rules like you can’t believe.”

While South Africans may be celebrating the life and times of Nelson Mandela, more than mourning his loss, some are also mourning the loss of Mandela’s South Africa.