10 Famous Effective Apologies and One Non-Apology 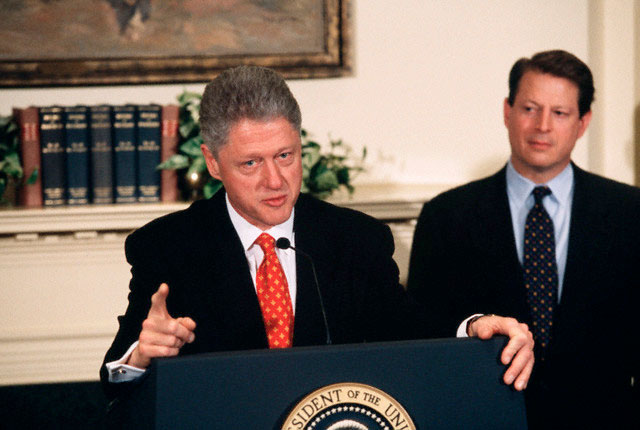 Sometimes the best present you can give someone is an apology.

Especially if there’s been conflict in the family, this is the season to say sorry along with the season’s greetings.

What makes for an effective apology?

We found ten famous apologies that meet all the criteria.

An apology is not effective, he told everythingzoomer.com, if “you can’t be sure that the offender recognizes and accepts that he did something wrong.”

And you’re not really apologizing, he maintains, when you suggest that “if there was offense taken, it was because the victim is too sensitive, too thin-skinned.”

And don’t think you can apologize effectively and still save face.

“One negates the other,” says Kador. “The very act of apology is being vulnerable. That’s what makes it so difficult for men, especially powerful men.

“It doesn’t help the way men have been socialized to project power and to always be correct. The political process doesn’t help either, the way we expect more of our leaders than ourselves.”

Bill Clinton is the poster boy for effective apologies by macho men (followed closely by Tiger Woods, Lance Armstrong and Don Cherry). Most Americans, including Hillary, forgave him after he delivered a public, effective apology for his indiscretion with Monica.

Maybe people realized how difficult it was for this supremely powerful man to submit to apologizing for sleazy wrongdoing.

“But the reality is that apologizing and being vulnerable is what saves them in the end,” says Kador, “giving up the battle. Until an offender apologises and agrees that there was an offense, and that he’s not going to contest that, it’s not going to go away.”

It may be difficult to apologize but, says Kador, research suggests that eventually people who can say they’re sorry or express regret and remorse do feel relief.

“They’re surprised that the vulnerability they showed was not exploited. Anybody who apologizes feels, ‘If I apologize, there might be consequences.’ And sometimes there will be. But usually, they’re less serious than what the offenders predict.”

Victims are almost always willing to accept an effective apology.

Kador’s advice to people who find themselves (or get themselves) into sticky situations that call for apologies?

NEXT: 10 FAMOUS EFFECTIVE APOLOGIES AND ONE NON-APOLOGY

10 FAMOUS EFFECTIVE APOLOGIES AND ONE NON-APOLOGY

“I view this situation as one big lie I repeated a lot of times. I made those decisions, they were my mistake and I’m here to say sorry.”
Lance Armstrong

“Indeed I did have a relationship with Miss Lewinsky that was not appropriate. In fact, it was wrong … I misled people, including even my wife. I deeply regret that.”
Bill Clinton

‘I am truly sorry and I’m going to say it again. I’m sorry that my comments were inappropriate and I want to apologize to everyone for my remarks, particularly to anyone who was offended by them. It was just the wrong thing to say and I’m sorry I made them. What do you want from me except I’m sorry. I apologize, I did the wrong thing.”
Toronto Mayor Mel Lastman (after saying, about a possible trip to Mombasa, Kenya, ”I just see myself in a pot of boiling water with all these natives dancing around me.”)

I have let my family down, and I regret those transgressions with all of my heart. I have not been true to my values and the behavior my family deserves. I am not without faults and I am far short of perfect.”
Tiger Woods

“I’m sorry I said what I did. I was wrong to relate the area of the country that Mr. Harper is from with the people who live there and with the policies that he has that don’t represent the values of most Canadians.”
Justin Trudeau

“I gotta admit I was wrong on a lot of things. Three enforcers, tough guys, my type of guys, I threw them under the bus, and I’m sorry about it. I really am.”
Don Cherry

“I want to apologize specifically to everyone in the Jewish community for the vitriolic and harmful words that I said to a law enforcement officer the night I was arrested on a DUI charge… I must assume personal responsibility for my words and apologize directly to those who have been hurt and offended by those words.”
Mel Gibson

“I regret deeply any injuries that may have been done in the course of the events that led to this decision (to resign)… I would say only that if some of my judgments were wrong, and some were wrong, they were made in what I believed at the time to be the best interest of the nation.”
Richard Nixon

“I very deeply regret the situation and the embarrassment caused. It is true that my financial situation is under stress. However, that is no excuse for a serious lapse in judgement and I am very sorry that this has happened.
Duchess Sarah Ferguson

“I am very sorry if I caused any offense or embarrassment to anyone. It was a poor choice of costume, and I apologize.”
Prince Harry

“If anyone who thinks the joke is offensive, or there’s something wrong with it, well I’ll apologize to them, sure. If that’s what they think. I don’t want to hurt anyone’s feelings.”
John Crosbie