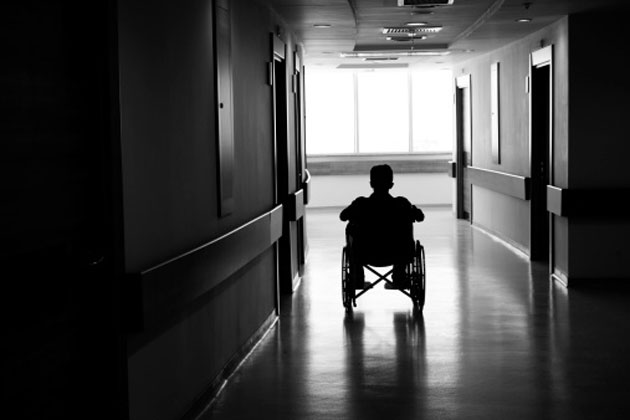 Rightfully, in the aftermath of fire and ice and horror in L’Isle-Verte, there’s overwhelming concern right now about the issue of safety in care homes for seniors.

Most of it is about sprinkler systems and the laws, or lack of laws, mandating sprinklers. Questions of cost, bureaucracy, construction codes and staffing are at the top of today’s news. Tallies of lives lost in past nursing homes fires in Canada are published: 13 dead in six nursing home fires since 2009, not counting L’Isle Verte.

And we’re still waiting to find out what happened to the 30 residents of L’Isle-Verte who aren’t accounted for.

(How can that be? If they left the residence to stay overnight with family or for any other reason, wouldn’t that be recorded electronically in the cloud where the information could be accessed easily if necessary no matter what? Or is “not accounted for” really an evasive way of saying the death toll is unconscionable, too awful to acknowledge at once.)

With every fire, every horror story, the apprehension about what will happen to our parents and ourselves if aging steals cognitive and physical abilities turns into outright fear.

How many boomers do you know who say they would rather end their lives sooner than end their days in a “facility” or an “institution?” You may be one. I know I am.

One of my only memories of my grandfather is visiting him in what was referred to as “the old folks’ home” in Winnipeg.

At best, it smelled and looked like a hospital. Mostly, it smelled like an unflushed toilet. The old people shuffling around seemed vacant. I hated to go there as a young child. And I’d hate to go to live in a place like that as an aged adult. Wouldn’t everybody?

So why has the model for caring for seniors who need assistance not changed in the 60-plus years since I visited my grandfather?

Almost everything else about the way we live now has changed since the post-war period: attitudes, medical treatment, transportation, smart phones, you name it.

The Soviet Union has come and gone, we’ve been to the moon and back, we tweet and we transplant faces. But we still warehouse “old folks” in “homes” that, even if they’re equipped with sprinkler systems, are not somewhere anyone would want to live.

If humanity could eliminate debtors’ prisons and insane asylums, surely we can do the same for these sad, understaffed institutions for the impaired elderly.

It’s a challenge faced every day by David Farrell, director of the Green House Project (thegreenhouseproject.org), a non-profit organization based in Arlington, Virginia, which supports and helps fund integrating elders in the community in small group homes as a radical alternative to traditional long-term care.

“We’re still kind of stuck in the big box mentality,” he says. “The more seniors who can be co-housed, the more efficient the operations, the greater the return on investment. It’s the Costco mentality: bigger is better. It’s hard to change. Even the regulatory system is geared to regulating big institutions and big institutions have organizational systems geared to efficiencies for the staff. It’s hard to change that.”

But Farrell believes that boomers will force that change.

“Boomers will not tolerate three to a bedroom,” he says. “Boomers don’t want a roommate and won’t accept a roommate.”

He adds, wryly, “Even sharing a room in college wasn’t that great.”

He also points out that it’s not just an issue of privacy and dignity; it’s also a clinical issue.

“Sleep deprivation has a major effect on elders’ quality of life,” he says.”And large institutions with lots of shared rooms, shared showers and dining rooms are the most efficient way to spread infection. There’s no acute care hospital being built now in the U.S. that doesn’t have all private rooms. And they’re doing it to stop the spread of infections. These norovirus outbreaks spread quickly when you’re co-housing 85 frail seniors whose immune systems are already compromised.”

Boomers will also force change in elder care when they become aged, says Farrell, because right now they’re the huge generation of caregivers.

“Boomers are in their prime caregiving years,” he says, “and they’re doing everything they can to avoid nursing homes for their parents.”

When that happens, when we boomers need ‘round-the-clock care, we’ll insist on more than sprinkler systems in big box nursing homes.

The Green House Project is an appealing solution.

According to the website, it “represents a revolution in long-term care, creating small homes that return control, dignity, and a sense of well-being to elders, while providing high-quality, personalized care.

“A Green House home differs from a traditional nursing home in terms of facility size, interior design, organizational structure, staffing patterns, and methods of delivering skilled professional services. Green House homes are designed from the ground up to look and feel like a real home.

“At the center of the Green House model are skilled nursing assistants who manage residents’ care, with support from nurses and therapists—a reversal of the traditional nursing home model.
“The results of The Green House Project are simple and profound: elders are happier and healthier.”

Dr. Bill Thomas, a geriatrician and founder of the Green House Project, once said he wanted to tear down all nursing homes because “I believe that in the nursing home, thousands and thousands of people die because of a broken heart.”

Fire and ice. Horror and isolation.

More than 260 Green House homes in 32 states are open or under development.

Is it viable for Canada?