Americans and Canadians do it differently in the air 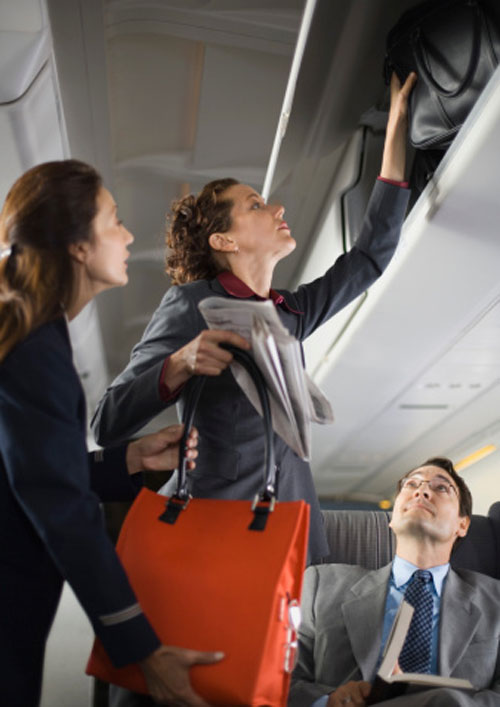 Some of my favourite people — including my grandchildren — are Americans. So let’s get that out of the way right now. I’m not anti-American — just the opposite — and I thoroughly enjoyed living there and working there for many years.

But Americans are different from you and me.

Or between being hunters (them) and gatherers (us).

But what happened on a recent trip that required changing planes and airlines defined the difference better than any verbal analysis.

The first flight was on US Airways, from Boston to Philadelphia. Obviously, it was full of Americans (and full it was). I was likely the only Canadian aboard. My seat was very near the front of the economy section, which meant that I boarded after most other passengers.

Like most people these days, I use a carry-on bag instead of paying for checked luggage.

But even though passengers seated at the front of the plane were just coming aboard, there was absolutely no room in the overhead luggage compartments.

The older couple who were settling across the aisle told me why.

“People who board first for their seats at the back of the plane leave their luggage in these front compartments so they don’t have to bother carrying them all the way back,” explained the man. “They don’t care that there’s no room left for the people sitting here.”

“Happens on every flight,” chimed in the women.

The couple’s carry-on suitcases had to be carried by a flight attendant to the back of the plane, which was full of passengers but had plenty of space left in the overhead compartments.

Sure enough, as we were deplaning, people coming down the aisle from the back of the plane stopped at the overhead compartments near the front to get their luggage.

These weren’t elderly or frail passengers, either. A burly man who’d used up the space above the couple across me from sported Blackrock labels on his clothing and briefcase. Blackrock is a leading asset management firm.

My second flight of the day, also full, was on Air Canada, from Philadelphia to Toronto. Most of the passengers were Canadian. I was seated in the second row behind business class and, again, boarded last.

The overhead compartments at the front of the plane were still empty.

Americans grab what’s best for them.

Canadians play by the rules and consider others.

One anecdote may not define the people of a nation.

But it does give some insight into their character.