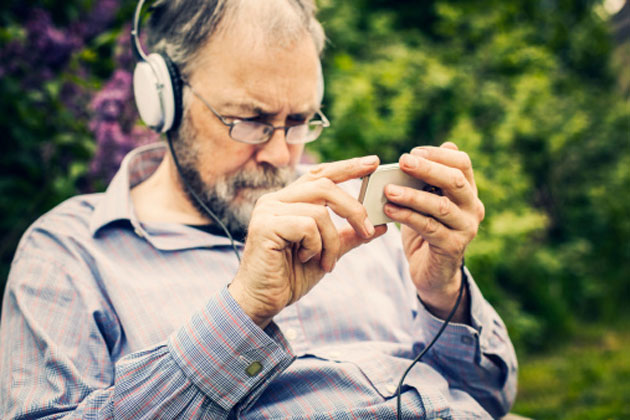 The line from the The Treasure of the Sierra Madre may be memorable (or misquoted), but true it ain’t.

Some of us do need stinkin’ badges.

The last time I could boast about collecting badges was when I was in Brownies and sewed them on my uniform.

Now I can boast about my digital badges. Many are for drinking coffee at Starbucks and Tim Hortons and for playing Tim’s Roll Up The Rim online at specific times of the day and night dictated by Tim.

I’m not sure why I’m being so compliant. Maybe it’s all that caffeine.

This may not be a word that’s familiar to you. It certainly wasn’t to me.

So I sought out a gamification expert: Kes Sampanthar, “globally recognized thought leader at the intersection of human experience and technology.” An inventor and University of Waterloo researcher until becoming part of the corporate world recently, Sampanthar knows motivational design like Starbucks knows lattes.

“The light goes on and the rat presses a lever that delivers food,” he begins, resorting to rodents to explain my coffee badge fetish. “The food is a reward. But it’s not just the food. Getting the food triggers endorphins in the brain which the rat finds rewarding.

“Badges to us are rewarding in the same way food is to rats,”  Humans, he explains, developed rewards which go beyond basic survival — “and badges are a very interesting kind of reward for humans.”

We’re all motivated, he says, by some individual combination of motives that exist at four poles: social competition vs. social cooperation, exploration vs. defensiveness.

“We all have strengths and weaknesses around these four poles,” says Sampanthar.

The art and science of motivational design is based on these strengths and weaknesses. “For some people,” he says, “a badge is a feedback mechanism for something they’re interested in, like being an expert in a certain area. For others, if they tend to being more socially competitive, a badge is only valuable if other people know about it.”

Badges and leader boards became popular at the beginning of the social networking boom, he says.

The next phase was applying the principles of gamification to shows and audiences — for example, Cineplex’s in-cinema games, and to corporate training systems and online education.

The best games, he says, are engaging even without the rewards of badges and leader boards because they provide mastery and feedback.

“If you think about a game like Angry Birds, even if you take the badges and the leader boards away, it’s still an engaging experience.”

The potential for gamification goes beyond marketing and training. Sending students on “quests” for information could change education.

“One teacher speaking to multiple people with a set curriculum is so 19th century,” he says. “It’s not the way anyone would desire to learn for themselves. We go and learn when we’re interested.”

Sampanthar and colleagues in the field are developing self-directed learning systems for students of all ages. Boomers, especially, he says want to learn “more for themselves, to be part of a social network of learning, to keep the brain engaged, not to get a degree.”

All of this, he says, interconnects around game design.

“Curiosity, exploration and learning are one of the oldest motivational drives we have,” he says.

It’s not just gamification experts who know how to exploit that.

The author of an engrossing, page-turning book and storytellers in any medium do, too.

“A good author opens up multiple information gaps which draw you into the book,” he explains. “When you just have to keep reading and turn to the next chapter, that,”  he says, “is motivational design.”