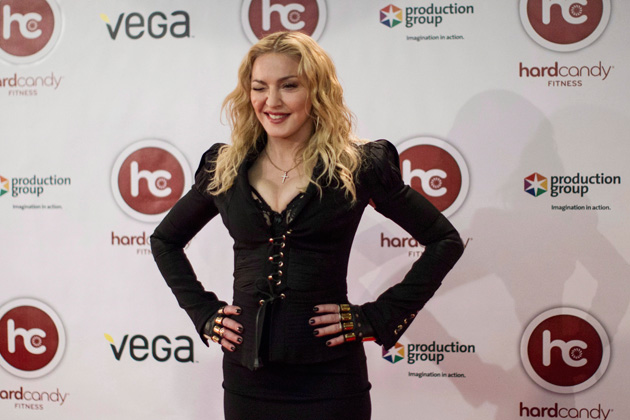 The latest derisive, ageist use of the G-word: Granny.

Madonna was called “Granny Gaga” in retaliation for tweeting her scorn for France’s National Front Party and their success in the recent European Parliament elections.

The NF party, in turn, responded by calling her Granny.

“In politics too, Granny Gaga is a has been,” translated The Telegraph.

The tweet by Florian Philpott, vice-president of the party, writing in French, actually used the M word: Mamy, which can be translated as granny, grandma, nana.

Whichever translation you choose, the intention was to mock and insult Madonna by linking the G-word with being a “has been.”

She’s long been in a skirmish with NF leader M Le Pen about the right winger’s politics.

This time, the NF party responded with a sneering, ageist personal attack.

Madonna isn’t even a grandmother. Her oldest child, Lourdes Ciccone Leon, is 17.

The nastiness was utterly gratuitous.

Is anyone suggesting Clooney is a “has been”?

Is anyone calling him Gramps?

It’s true that the G word has never been applied derisively to British actress Helen Mirren, who is 68 (although Prince William joked that he should call her that because of her Oscar-winning performance as Queen Elizabeth.)

Nor has Angela Lansbury, who is 88 and a grandmother of three, been taunted as Granny.

And who would mock Meryl Streep as a has-been Granny, even though she’ll turn 65 this month and has a 30-year old daughter.

Aging female politicians, too, generally escape the name-calling. Hillary Clinton has been called many things but even though her daughter is expecting a baby this year, so far no one has referred to her as “has-been Granny.”

Can you imagine Margaret Thatcher ever being called “Granny”?

Le Pen herself is no spring chicken. She’ll be 47 this summer and has a 16-year old daughter (one year younger than Madonna’s daughter).

But if a woman in her mid-50s continues to promote herself as sexually attractive, she is, it seems, fair game for contempt. When she becomes assertive, the easy, cheap put-down is calling attention to her aging.

Using “Granny” as a form of name-calling or dismissal of a older woman’s worth diminishes both the role of grandmother and respect for older women.