5 Reasons Why Handing MuchMusic Over To Moses Znaimer Would Work

Full disclosure: I work at ZoomerMedia where Moses Znaimer is the CEO. In fact, I report to the man. So sure there may be a conflict of interest here but perhaps more importantly, there is insight from quietly observing a TV visionary in action for well over five years.

As many of you have read, Bell Media recently axed 91 jobs from MuchMusic, ostensibly gutting the iconic music station into a shadow of its formerly glorious self when Znaimer and John Martin founded the “temple of rock” in 1984. The news comes as a somber denouement to an arc that peaked in 2006 when CTVGlobemedia bought Much and a stable of other specialty channels from then owner CHUM Limited for $1.7 billion.

During that same year, search giant Google also made a hefty acquisition of its own for roughly the same amount, purchasing the year-old video sharing site YouTube for $1.65 billion in stock. Fast-forward eight years and YouTube is now serving six billion videos to one billion unique visitors monthly, receives 100 hours of uploaded video every minute, has users from all age groups who use the site monthly (70% Millennials, 58% of Gen Xers and 49% of younger Boomers) and grossed $5.6 billion in worldwide ad revenue last year. MuchMusic, in the meantime, has suffered from this tectonic shift away from linear music broadcasting to on-demand video consumption that often didn’t even require a television set, let alone scheduling.

“Kids do not watch music videos on television,” lamented Bell Media president Kevin Crull who blames a CRTC restriction that forced the company to air 12 hours of music videos daily. “You’re not going to wait for somebody to program a music video when you have a million available on Vevo.”

The cuts have served as a tipping point for the original and now older Much fans who’ve long complained about the station losing its made-in-Toronto edge for non-musical, widely available US programming like The Cleveland Show. Triggered by a recent piece that appeared in BlogTO and then another item by former Much DJ Master T in The Huffington Post, an online movement to bring Much back to its original founder Moses Znaimer is picking up steam. Between tweets and Facebook Likes with the #givethembacktomoses hashtag, over 50 thousand social media users have been pinged.  And as crazy as the idea may sound, it kind of makes sense.

Here are five reasons why:

1. Getting a twentysomething crowd to watch music TV is a lost cause. Research shows the average human attention span (8 seconds) has sunk below that of a goldfish (9 seconds). One reason is information overload. It explains why youth content is increasingly short (ie Snapchat, Instagram, viral videos) and on-demand (Vevo, Netflix and Hulu). Even worse, the Much target demo is leading the way in cord-cutting. Conversely, studies show consumers over 50 still have normal attention spans and watch linear TV. Guess who owns large databases of these viewers? Znaimer.

In the above MuchMusic station ID clip you’ll see an old Radio Shack Tandy TRS-80 computer with some guy who is either former DJ Kim Clarke Chapniss or the lead singer from A Ha. As every hipster with thick-rimmed glasses, vinyl records and a Dutch-style cruiser bike  implies: old is new, retro is cool. If MuchMusic relaunched with its vintage promos, 80s-90s playlists and a decidedly pre-Internet flavor, it wouldn’t just be cool, it’d be unique. Who else but a fellow who owns a museum of rare vintage TV sets could pull this off? Certainly not pin-striped, focus group-driven corporate Canada.

A revived MuchMusic that never, ever plays Justin Bieber would be an instant improvement. The issue isn’t actually Bieber but the fact that the music industry is so decentralized and over-supplied that the likelihood of a generation-defining star is unlikely. There will never be another David Bowie, Joni Mitchell, Bob Marley or Beatles. Instead viral artists like Psy, Katy Perry and scores of EDM computer-coded DJs will be forgotten while solid Millennial fare like Little Dragon, Kendrick Lamar and FKA Twigs will be Spotified into oblivion before they get a chance to dent the universe. A mature, less trend-obsessed Muchmusic could be part of the solution, bringing a Leonard Cohen-type appreciation of the arts back into pop culture. And the great irony here is that this format would likely attract the vaunted 20something crowd whose trendspotter quotient is often ensconced into 80s and 90s nostalgia. 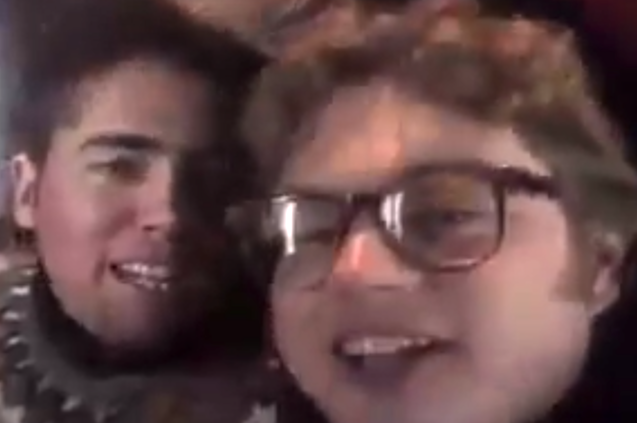 For reasons unknown, one of the truly original, chaotic gems of the Znaimer Era MuchMusic/CityTV has never been successfully revived (although there are rumours a watered-down, soulless, newsy version is afoot). The simple concept — set up a video booth at the corner of Queen & John streets and let anyone with a dollar coin record video selfies that may end up on television — was arguably the world’s first user-generated TV series when it launched in 1990. In the YouTube era, the original Speakers Corner concept may seem anachronistic but in the hands of the right creative executive a global, digital version could fuel an interesting TV series and help restore the MuchMusic brand as an innovator.

Given that 90 per cent of the world’s data has been created in the past two years, sifting for gems has become an art form. Even the social media “wisdom of the crowd” ethos has led to a digital landscape where  15 per cent of internet traffic is now connected to cats. While services like Songza and Pandora have reached success with algorithmic playlist generation, they are cold, silent forms of discovery compared to the excited advice of a real human whose waking hours are spent scouring for great music that he or she wants you to hear. The original MuchMusic was a fountain of discovery fueled by music obsessives like Michael Williams, Chris Nelson and even the human serviette, NardWuar. The more content is uploaded to YouTube and other services, the greater the need for filtering.

While it’s greatly unlikely Bell Media would unload MuchMusic, the writing on the wall is clear: appealing to twentysomethings with music video television no longer works and isn’t likely to in the coming years. The solution is to target mature music fans who are too busy to sift through mountains of online (cat) videos, prefer their content curated by experts with humour versus software with Like buttons and have the cash to subscribe.

And the idea of handing MuchMusic back to its original visionary — someone who still owns the keys to a demographic that actually buys music — isn’t far fetched. Just look what MTV is doing.