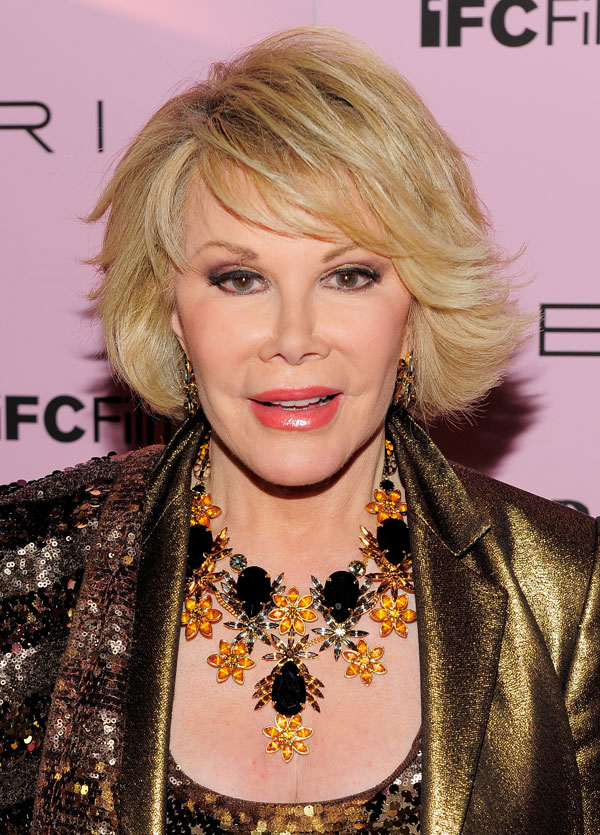 Before Joan Rivers became Joan Rivers, she was Joan Molinsky, daughter of a Jewish doctor in the upscale New York suburb of Larchmont in Westchester County.

She went to Connecticut College, graduated Phi Beta Kappa from Barnard with a degree in English literature, worked in the fashion department of a department store and at the age of 22, married the manager’s son.

All this was exactly what every nice Jewish girl was supposed to do in the 1950s.

But while most nice Jewish girls followed the rules, oblivious to any alternative, Joan Molinsky Sanger woke up one morning a few months into her marriage and decided she wanted something else.

She wanted to become Joan Rivers.

That she succeeded in creating the persona that sometimes shocked, often delighted and always entertained, carving out a career in comedy that was unprecedented at the time for a woman and breaking barriers for the next generation of female comedians is no less astonishing than the extreme chutzpah that became her shtick.

Joan Rivers — Rivers was the stage name she adopted — was the first woman to regularly host the Tonight Show when Johnny Carson was away on holiday, She went on to host her own late night show on the newly launched Fox network, a move that felt like betrayal to Carson who never spoke to her again. She hosted the Emmy Awards, won a Grammy, was nominated for a Tony, wrote and directed films and television, appeared on Broadway, authored best-sellers, sold her own line of jewelry, opined about fashion and celebrities on the red carpet.

And when her husband, Edgar Rosenberg, committed suicide, she didn’t stop cracking jokes, even the tasteless ones about him.

The ABCs of Rivers’ brand of humour — acid, biting, corrosive- — weren’t everyone’s cup of tea. Her humour was more like a shot of bitters that burns on the way down at the same time that it gratifies.

What made it worse, for a lot of people, was that she was a woman. She upended every expectation that women were supposed to be nice, soft, sugar and spice — not stinging, abrasive, unapologetic and offensive.

She said things other people wouldn’t even allow themselves to think and she made fun of every failing, foible and misfortune that presented itself to her fertile mind, from global crises to fashion faux pas to her own penchant for plastic surgery.

All her life, Joan Rivers broke rules that women were supposed to follow. She made it easier for the generation of female comics who came after her — Sarah Silverman, Tina Fey, Chelsea Handler — to be fearlessly, frankly funny.

For sure, she broke the rule about how women should accept aging and go gently, quietly, passively into the night.

She will be missed.