Memo to Hillary On Birth of Granddaughter Charlotte 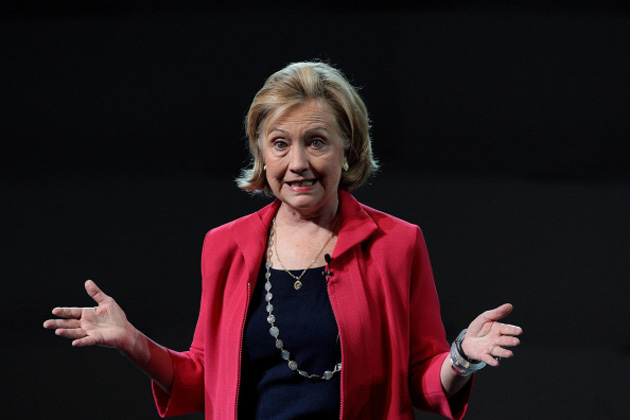 Dear Hillary,
Congratulations on the birth of your first grandchild, Charlotte Clinton Mezvinsky!
It’s a whole new world not only for Charlotte and Chelsea but for you too, Hil.
Because every new baby brings a whole new world and that is the miracle of regeneration.
That said, I ask you to please, please run for president.
I’m making this plea not only because I feel this old unruly world will be safer for Charlotte and all of us if you’re in charge.
And not just because I want my American granddaughters and your granddaughter to grow up knowing they can be presidents as well as princesses.
Hillary, I’m pleading with you to run for the presidency for your sake as well as mine.
Because, take it from me, Hil, being president of the U.S.A. has to be a lot easier than being a grandmother.
I know that right now the joy and gratitude for Chelsea’s giving birth to a healthy baby girl obliterates every other concern, from the Tea Party to the Middle East.
And I commiserate with your quandary about whether to campaign for the presidency, because both the campaign and the office would leave you precious little time for grandmotherhood.
But if you think Putin is a spoiled brat bent on testing the limits, just you wait ‘til little Charlotte Mezvinsky puts on the moves.
“Mine, mine, mine,” the grandchild screams insistently, a mini-Putin grabbing at everything within reach.
Tyrant, terrorist and extortionist all in one compact, drooling package, this tiny person, especially since she come equipped with the genetic legacy of you and Bill, will demand strategizing and diplomatic manoeuvres that even you, Hillary, will find challenging.
Also, when the leader of another country or a pundit pisses on you, it’s figurative. When a baby does it during a diaper change, it’s wet.,
For sure your experience as Secretary of State, Senator and First Lady and, especially as Bill’s wife (no doubt the most difficult role of all), has equipped you with many of the skills necessary for being Charlotte’s grandmother.
After all, Hil, you’ve put up with the obstinacy of Angela Merkel, the aggression of Bashar Assad and  the tantrums of Kim Jong Un.
But I’ll bet you a vintage Steiff teddy bear that even you will be severely tested by the attitude and tactics of a grandbaby growing into toddlerhood.
If you think House Leader John Boehner is a crybaby, just you wait.
Also, you will soon realize that no matter how misguided and disgusting you find the policies and proposals of the Republican extreme right, they are not crap, which is something squishy and stinky clinging to a Pamper.
You know how important it was, in your previous roles, to project power and just the right balance of intimidation and understanding, to act like you’re giving in when you’re actually winning and to make it look like you’re winning when you’re really losing, to refrain from spanking world leaders (including Bill) for bad behaviour.
Well, Hil, double that for Charlotte.
And here’s another thing to keep in mind, Hil, as you celebrate the birth of Charlotte.
No one and nothing else in the world will matter as much, will claim more of you or have the capacity to break your heart like a grandchild.
Run, Hillary, run.