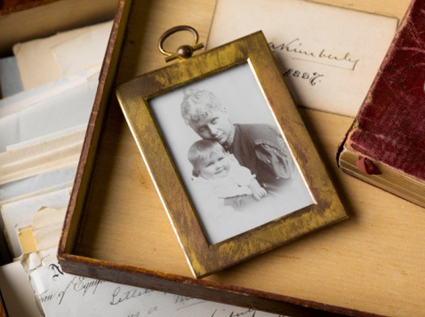 When each of my parents died, they left money to their grandchildren and even those great-grandchildren who had been born at the time of their deaths.  They weren’t wealthy people at all, but having survived the Great Depression, they had experienced frugal lives and had a bit of money to leave. For their grandchildren, the inheritance helped each of them buy their first home. It made a wonderful difference for all of them in starting a new life as adults.

I’m not sure whether or not my father felt financially responsible for his grandchildren and worried that his children would not take care of them. Perhaps he was right. Unlike his generation, the Zoomer generation lived life full throttle, without much threat of a similar depression or concern for leaving a legacy. I speak for myself, of course.

But now,as the exit signs loom closer than the entrance signs in this life, it’s time to think of legacies. Grandchildren, for many people, tend to be an afterthought. However, given the powerful bond between grandchildren and grandparents, there should be some recognition in a legacy.

Certainly, giving grandkids money-smart gifts throughout their life, such as contributing to a savings plan for their education or their first home is a wonderful idea if it’s affordable. Teaching them about money by helping them start a savings account and by setting a good example such as using cash at the toy store or the fast-food restaurant gives them a sense of responsibility about money.

With credit cards and online banking, paying cash in front of grandchildren may be as foreign as a wringer washing machine. I commented to my teenage grandson last weekend after his strenuous workout at football tryouts that he must feel as if he’d been “pulled through a wringer backwards.” He looked at me dumbfounded and said “What’s a wringer?”  Soon cash will have to be explained too.

The legacy doesn’t have to be money. Legacies can be treasured items. We all suspect our children will toss out those antiquated photo albums, the sterling silver bowl and the fishing gear. But a grandchild might appreciate the items especially if there’s a story behind the item or it’s a shared experience (like fishing) for both of you.

Sarah of Moose Jaw was delighted when her grandmother left her the baby sweater and bonnet Sarah’s mom had worn as a baby. “I had it mounted and framed as a piece of art,” Sarah says, “and it’s a great conversation piece in my apartment. And I think of my nanny every time I look at it.”

Jennifer of Newmarket was given a small hand-painted vase belonging to her great grandmother. “My grandpa wrote me a note about her and I treasure the note as much as the vase,” she says.

Jordan of Kirkland Lake inherited his grandfather’s small fishing boat. “It’s not fancy, but I had so many good times and chats with grandpa out on the lake,” Jordan says. “When I have kids, I plan to have the same special times with them in that boat.”

Krista of Toronto was given all her grandparents’ old movies of the grandchildren as they were growing up. “I’m going to transfer them to DVDs and give them to family members as gifts,” she says. “We can relive all those memories or for some of us, see them for the first time.”

Estate planners recommend that if we want to leave specific heirlooms to grandchildren, we itemize them in a will or in a separate document that all members of the family can have. Make sure the document is consistent. Before my mother died, she had made several lists of her jewellery and prized knickknacks and the person who would inherit them. But she changed the list several times, depending on which child or grandchild had disappointed her that week. We were never sure which list to use and it caused hard feelings.

It’s a situation that happens often, with a grandparent promising an item to a child, forgetting and then giving the item to another child.

Jim and Eleanor of Burnaby have created a box of special items for their grandchildren. “We have our wedding picture, old 45s, some classic books we read to the kids when they were little, a few antiques we know the children will appreciate. We’ve attached stories to each item for the person it’s intended, so they will enjoy the story even if they don’t use the item,” says Eleanor.

An even better idea is to start giving some of those treasured heirlooms as birthday gifts now.  Fewer things to dust every week.