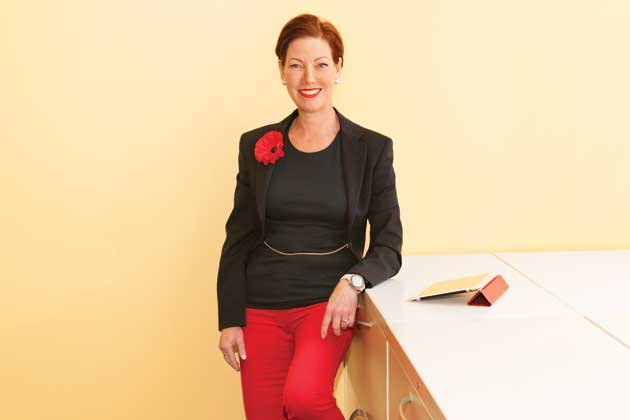 It’s been a long time since a book affected me this way. And it’s not a subject I had much interest in beforehand. But Patricia Pearson’s Opening Heaven’s Door has stayed with me since I read it months ago.

The book is about those mystical, inexplicable but very common experiences we have: a vision of a loved one who has just died, a sensed presence when we are in grave danger, a near-death experience where we feel we have left our bodies and are merging in a powerful light. These subjects are almost taboo, at least for those of us who don’t want to be thought of as flakes. The author told me she couldn’t count the number of conversations that started with “I’ve never told anyone this but …”

I’ve had two such experiences and found them extremely reassuring, though I blocked out the question of where they came from. They both involved my mother, Chaya. I was sleeping in her bed the night after she died in hospital. I sensed that she came to me, put my head in her lap and told me everything was okay. She seemed very large and I was small, though in life she had been a tiny woman.

The next time was many years later, when I was diagnosed with pancreatic cancer. It was after my first round of chemotherapy, and I finally fell asleep after being violently ill about 15 times in a row. I dreamed my mother and I were in the kitchen in the house where I grew up in Montreal, and we looked like we did in the late ’70s, early ’80s. We were sitting at the table under the clock we got with Steinberg’s Pinky Stamps. We were just yakking about nothing in particular – it was wonderful. Suddenly my eyes filled with tears, and I told her: “I have to go. I can’t stay here anymore.”  I woke up feeling that I was going to be all right, although all evidence suggested otherwise.

Many people become more spiritual or religious when they are sick or facing death. Not me. Although I thought about that dream – or whatever it was – often, my illness made me focus on the here and now. It was actually the saving grace of a horrible experience. I was able to live in the moment. I focused on the love of family and friends as the most important thing in life, with a clarity I couldn’t muster before or since. My thought was that if I didn’t have much time left, I wanted the rest of it to be as good as possible. I was able to focus on what was possible and let go of the unattainable.

What I did not do was think about God or where I might be going after the ostensibly short time left to me. It’s not a matter of being a skeptic, exactly. I just believe these things are unknowable, and since I’m practical, I prefer to turn my attention to things I can figure out. So why is this captivating me six years later, while I am healthy and fully engaged in life?

It may be my time of life. Colette Baron-Reid is an intuition expert known internationally as the Oracle with a huge following, who has been featured in the pages of this magazine. She says that boomers start to look for something mystical that’s missing. “I recognize the older I get, the less I know, and the more I look for that recognition of the numinous – that there’s this mysterious quality to life that you can’t totally understand.”

If you want to open yourself to this, she suggests nature is the first place to start. Then start looking for those unrelated coincidences when you ask for a sign or an answer. “You start to see those things when you learn to recognize them,” says Baron-Reid. “You learn how to recognize the language because there really is a language.”

Baron-Reid believes that we do not die, but she has no clue where we go. Pearson thinks consciousness continues in some form that’s loving.
I still have a very hard time believing that but I find myself more open to this mysterious side of life. Maybe I buried the importance of the experiences I had until the book brought it back. Maybe I’m just getting to the age where these encounters matter beyond the pursuit of a rational explanation. “What’s important is the meaningfulness of it to the people who have it,” Pearson told me. “We’re so intent on explaining it away scientifically we’re missing the radical profoundness of these experiences.”