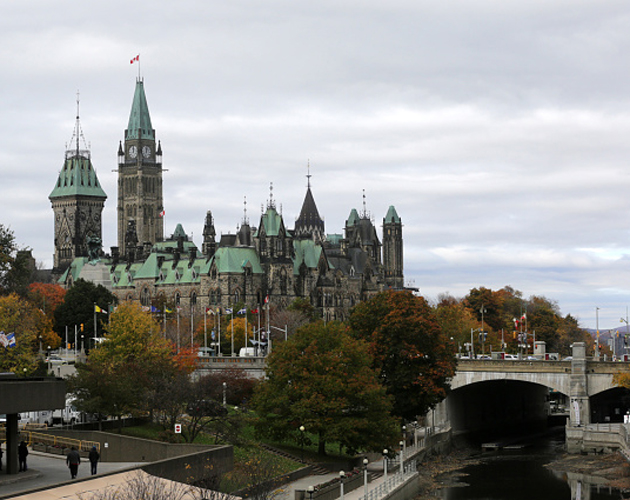 The fatal shooting of a ceremonial guard at Canada’s National War Memorial in Ottawa on Oct. 22, 2014, has stunned Canadians.

Built initially to salute those killed in the First World War, the poignant monument now honours those who lost or will lose their lives while serving Canada in times of conflict. The murder of the Hamilton-based reservist from the Argyll and Sutherland Highlanders of Canada regiment at the base of the revered national structure can only be interpreted as a malevolent gesture whose intent is to humiliate and terrorize.

Canadians have reacted to threats before. In fact, the majestic memorial is the rejoinder to one such fear-inducing era. While it is designed not to glorify warfare, our national War Memorial in Ottawa depicts Canada’s reaction when peace and freedom were threatened during the Great War. Through the granite arch of the monument titled “The Response” flow 23 bronze figures representing all branches of the military and several support services. Two figures representing peace and liberty surmount the arch. When unveiling the memorial in 1939, His Majesty King George VI described it with admiration as revealing the spontaneous response of the nation’s conscience and the very soul of the nation.

On the 11th of November each year, the National War Memorial becomes the focal point for a televised national Remembrance Day observation that thousands attend. In 2000, a new element had been added to the memorial: the new Tomb of the Unknown Soldier held the remains of an unidentified soldier killed in the First World War. At the conclusion of the service that day, many people left their Remembrance poppy on the tomb, an impromptu action that sparked a new tradition.

Canadians responded with outrage when intoxicated young men urinated on the memorial after watching Canada Day fireworks over Parliament Hill in 2006. As a result, a Guard of Honour was instituted the following summer. These ceremonial sentries are on duty from 9 a.m. to 5 p.m. from June until Nov. 11.

How tragic that a duty meant to honour the dead should end in the death of the sentry. And how despicable the act of his killer. When peace and freedom were threatened 100 years ago, Canadians stepped up. We’ll do it again, but in this era of terrorism, we need to have the wisdom and the courage to protect, not diminish our own freedoms in the process.