Ghomeshi and The Women: Part Two 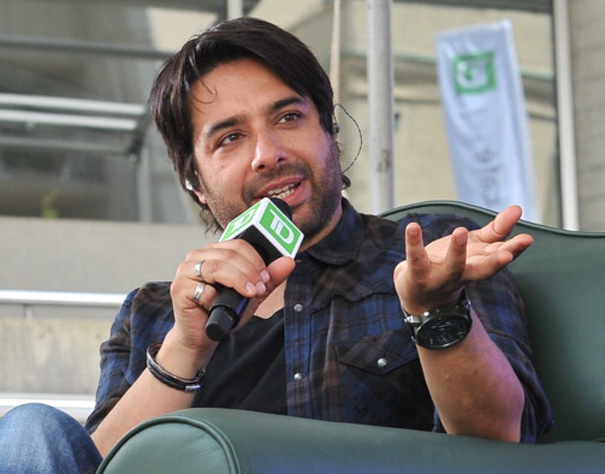 Well, there is no videotape (as yet) but as prestigious labour lawyer Howard Levitt has observed, the Jian Ghomeshi story gets curiouser and curiouser.

It’s a sticky, repugnant mess all around and now it looks like no one has the high road or comes out of this unscathed.

Blame Ghomeshi? If it’s proved that he was abusing women, whether during sex play or in any other situation without their consent, then by all means, bring him to justice with the full weight of the law.

Blame the CBC? Even Levitt has said the CBC should have suspended him with pay while investigating the accusations brought by women to the Toronto Star. And if an employee complained about harassment and the CBC did nothing, then blame them some more.

Blame the women? Well, no, you don’t blame victims in any situation. But I do wish they had reported to the police instead of to journalists the details of beatings they say they endured at the hands of Ghomeshi.

Anonymous accusations, innuendos and impassioned blogging based on hearsay are not the best way to deal with a serial abuser. If all these women who are now coming forward — including Lucy DeCoutere who was willing to be identified — had instead gone to the police with complaints of assault, the “he said, she said” would have been resolved without competing narratives.

This way, Ghomeshi maintains that the women were participating in consensual rough sex and the women maintain they were victims of assault.

What I’m uncomfortable with is that Ghomeshi is now being tried and convicted in the court of public opinion, the mainstream media and the unsavoury stew of social media but not in the court of law.

It seems now there were rumours swirling for years about Ghomeshi’s penchant for rough sex and abuse. If charges had been laid against the erstwhile broadcaster and he was deemed guilty, even his brilliant crisis management company, Navigator, which no doubt helped him get his side of the story out first, could not have made a difference.

The identity of sexual abuse victims can be protected from being made public and should be. But if a serial abuser, no matter how highly placed, is regularly attacking women, I’d hope he’d be brought up short by the law.

As for young women getting lured into intimate situations with him, I’m totally sympathetic. Long ago, when I worked for the CBC as a fledgling television producer in Windsor, I volunteered to be part of the large production team, mostly from Toronto, covering the Republican convention in Detroit. The waterfront area was closed to traffic, and one of the CBC Toronto men kindly offered to walk with me to the tunnel bus. He just wanted to stop first at his hotel room on the way to drop his heavy briefcase, he said.

Silly, naive me. You can easily guess what happened when the hotel room door closed behind us. He obviously thought that by accompanying him to his hotel room, I was consenting to intimacy. But he was a gentleman, and when he realized that I was grateful to have someone walk with me through downtown Detroit to the tunnel bus, but not THAT grateful, he didn’t persist.

I’m not absolutely sure that, if he’d assaulted me in that hotel room, I would have gone to the police. But I certainly hope so.