Canadian Screen Awards 2015: Two Thumbs Up, Except for the Spoilers 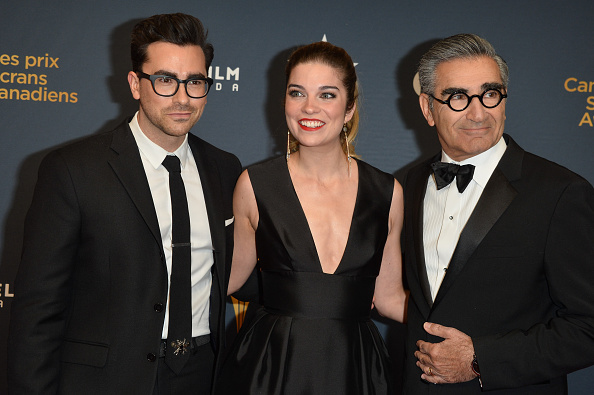 The third annual Canadian Screen Awards took place Sunday evening at the Four Season’s Centre for the Performing Arts, a show that was fast, fun and spontaneous – unless you have a Twitter account (which, as it turns out, more than 5 million Canadians do).

The award show aired on a tape delay, and journalists who work for the show’s broadcaster, CBC, were live-tweeting spoilers – at times up to five awards ahead of what television viewers were seeing. Not only that – CBC’s own website posted a piece with FULL SPOILERS a little over halfway through the broadcast. In a world where television viewers increasingly interact online while watching, this came off as incredibly out of touch. And the CBC is in no position to sacrifice optics or viewers.

I thought we were past these sloppy, self-inflicted wounds after the first CSAs, when the Academy tweeted the winners before they were announced on the broadcast. That was also the evening Shaun Majumder literally named folks like Jim Carey and Mike Myers before noting that those Canuck celebs weren’t there, but that “all the ones that are left over are here tonight.”

In the Canadian Screen Awards, the broadcaster has an opportunity to help build an exciting franchise from the ground up, creating a national star system and exposure for Canuck talent and product. However, they won’t do it by giving away the results in a race with no one to report on the winners of the show first.

Still, despite the online gaffes, the show proved a lot of fun, from the fantastic host to the solid pacing that kept it at two hours in length (more on that later). So between the parts of the show I enjoyed live and the parts CBC Twitter accounts ruined for me, I’ve compiled my favourite things about the 2015 Canadian Screen Awards:

Who doesn’t love Andrea Martin? Smart, hilarious and a legend around these parts (she got her start in a Toronto production of Godspell in the 1970s, not to mention SCTV), it’s easy to forget she’s not Canadian. As the host of the third annual CSAs (and the first CSA host who wasn’t Martin Short), the 68-year-old shelved any song-and-dance routines in favour of an enthusiastic opening monologue that was funny both and Canada-centric.

The show opened with her falling out of her car at the entrance to the venue, “accidently” giving cameras a (blurred) shot up her skirt. The joke was iffy, but Martin brought it back with her assessment of the “upskirt” moment: “Talk about your 50 shades of grey. Now there’s your mystery tunnel.”

Some of her best one-liners included:

“I’m honoured to be hosting the Canadian Screen Awards. At my age, it’s nice to be under white lights and not walking toward them.”

“The Canadian Screen Awards – the only red carpet where they ask you to wipe your boots … Who are you wearing? Canada Goose!”

“All tonight’s nominees get a terrific gift bag. Thank you, Target Canada!”

“Let’s give out some awards before they turn this place into a condo.”

Throughout the show, she also appeared in pre-taped comedy bits, such as Celebrity Big Brother Canada, alongside a cast that included legendary broadcaster Lloyd Robertson, where contestants actually go out of their way to avoid doing anything controversial.

One of my favourite films from the Toronto International Film Festival last year was the brilliant and heartbreaking Quebecois film Mommy. I may have written a glowing review of it following TIFF, in which I called it “a story that comes at you straight on, like a fist, daring you not to flinch. And chances are, you will.” And I may have championed it going into award season. And I may have cried “Snub!” when the Oscars left it off the list of Best Foreign Film nominees after it won the Jury Prize at Cannes.

But on this evening, Mommy finally got its due, winning nine awards including for acting, directing (Xavier Dolan, who also won Best Screenplay and Best Editing) and Best Picture.

So again, to anyone who hasn’t already, I implore you to see this film.

The Tribute to the Canadian Film and Television Industries

The show was barely up and running before they aired a tribute to those who fuel the Canadian film and TV industries via a beautiful video package introduced by Kiefer Sutherland. A classy nod to the men and women who help raise the profile of Canadian content on screens big and small.

Picking up the Pace

If there’s one thing the CSAs know how to do well, it’s keep the show moving at a solid pace. By handing out awards at various functions all week, the Academy ensured that only a select number remained for the television broadcast. In this social media age of short attention spans, I only hope other award shows follow suit. And, yes, I’m looking at you, Academy Awards.

This broadcast was scheduled for two hours and achieved a feat that no other award show in recent memory could hope to do – it finished early. The awards were handed out at such a pace that even Eugene Levy got flustered and almost read the winner of the Best Actress in a Comedy Series category before announcing the nominees. On top of that, many of the winners showed genuine emotion, and even Julianne Moore, who attended as both a presenter and nominee, seemed sincerely happy to be a part of it.