The Unfinished Work of Dustin Hoffman and his New Movie, Boychoir 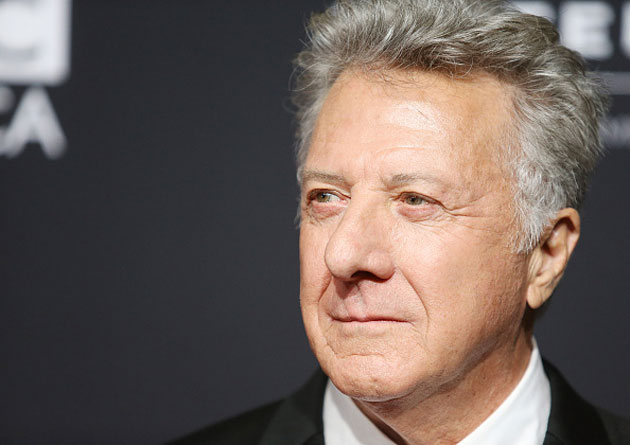 I’ve watched Dustin Hoffman for 47 years, from The Graduate to his latest movie, Boychoir, so I know that when he twitches his mouth, it means one of two things. Either he’s amused. Or he’s annoyed.

He’d be twitching with annoyance if he knew I was writing about his height. Officially, Hoffman is 1.67 meters, 5′ 4”; standing next to him, I’d guess he’s not much taller than I am, which is barely 5’.

On screen, however, height matters much less than presence, and Hoffman has that in spades.

In Boychoir, he plays the demanding but wise choir director at The American Boychoir School, a real school in Princeton, N.J.

Hoffman’s mouth twitches quite a lot in the role. His characteristic astringent-verging-on-sour demeanor is one of the big reasons the film works as well as it does.

Off screen, at an interview session at the Toronto International Film Festival some months ago, Hoffman’s height was surpassed by his celebrity, and he has that in spades, too, with decades of superstardom, seven nominations and two Oscars for Best Actor.

He won for Rain Man and Kramer vs. Kramer and and should have won for The Graduate, Midnight Cowboy and Tootsie.

Now that he is 77, the roles are less intense. Certainly his role in Boychoir, as mentor to a difficult, troubled and angry but hugely talented new 12-year-old student played by newcomer Garrett Wareing, was not a stretch.

“Dustin was extremely generous with Garrett,” says Boychoir director Francois Girard, the Canadian who made The Red Violin and Thirty-two Short Films About Glenn Gould.

Hoffman says that actors supporting each other is normal Hollywood behaviour.

“I don’t think the general public realizes how much we help each other,” he says. “We’re all in the same bind: we don’t get to choose outtakes, they don’t let you see the playback. Directors are control freaks in a sense. You have to con the director into making him feel that what you suggest is his idea.”

He hastens to add that this was not the case with Girard.

But it was those frustrations with directors that inspired Hoffman to do things differently when he took on his first directing job with Quartet, the 2012 film about aging opera singers.

“I got rid of all that when I directed,” he explains. “I think acting should be easy, effortless.”

Almost 50 years after The Graduate, Hoffman takes nothing for granted.

“The longer you’re around, the harder it is to get away with murder,” he says. “You’re trying to get past that so-called persona. Many stars have a signature and give the audience what they want, give them that person. I don’t have a signature. Bogart and (Spencer) Tracy had a signature. I try to surprise.”

His character in Boychoir was challenging, he explains, “because he’s two-dimensional. If I wasn’t a star, it would be a supporting role.”

Getting old, he says, has benefits to compensate for aging physically.

“There are great parts to aging. Being around longer than other people, you can’t help having a certain amount of wisdom you wouldn’t have otherwise.”

Certainly Hoffman has wisdom to offer about what he’s done all these years.