Knitting for Monarchs: Not So Foolish After All 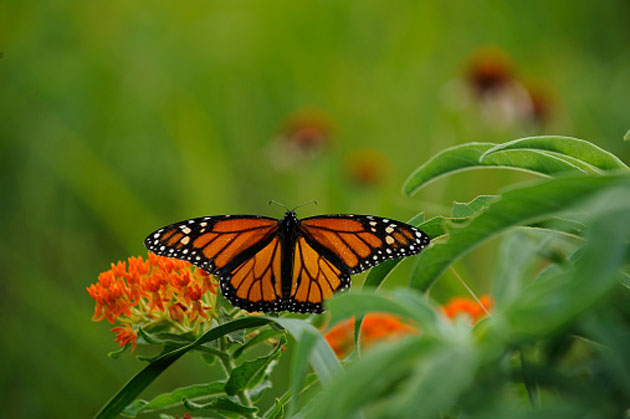 When I first heard about Knitting for Monarchs, a campaign that kicked off yesterday, I thought it was a great idea.

With the British Monarchy expecting a new Royal baby any day now, knitting booties and sweaters seemed like a sweet idea.

But, no, the David Suzuki Foundation was encouraging Canadians to knit swaddling for baby butterflies, complete with examples on Pinterest.

“We are calling on knitters across the country to give monarch caterpillars a head start this summer by creating cozy chrysalises, in move-in condition.”

The Foundation even made available “a simple, customizable #knit4monarchs pattern for knitting chrysalises. The hope is that the cozy cocoons will provide shelter for young monarch caterpillars when they are at greatest risk of exposure and predation.”

It took me more than a few minutes to realize this was an April Fool prank.

It was probably the best April Fool effort since a travel editor at a paper I worked for wrote a story about a little known vacation wonderland, an exotic island called Loof Lipra.

Months later, readers were still asking which airlines flew there.

The reason why the Suzuki gag worked so well is that, for a while at least, it seemed plausible.

We’re so used to the environmental movement pushing the limits or being innovative — it depends on your point of view — that knitting chrysalises for young monarch caterpillars almost seems reasonable. After all, It wasn’t that long ago that I thought it was ridiculous to wash garbage — the jars and bottles for recycling.

Just to be sure the knitting campaign really was a joke, I contacted the Suzuki Foundation.

“It is indeed an April Fool’s gag,” said Jode Roberts, manager of the Suzuki Foundation’s Got Milkweed campaign, “though we clearly underestimated the interest in knitting projects like this! But we launched it alongside our second #gotmilkweed campaign.

“While we are advocating for made-in-Canada solutions to the monarch crisis, having grandmothers and hipsters across the country knitting chrysalises is just silly,” Roberts said. “What monarchs need right now is milkweed — lots of milkweed.”

Milkweed is the only plant that monarch butterflies lay their eggs on and is the primary source of food for monarch caterpillars.

Scientists throughout North America have identified milkweed planting as the most important action people can take to help support threatened monarch populations. Severe weather and the virtual eradication of milkweed throughout much of their migratory path between Canada and Mexico have put the monarchs’ epic migration back to Canada at risk, say scientists.

Kudos to the Suzuki Foundation for finding a novel way to make us aware of the problem.