Ask the Ethicist: Can I Use a Cane Only When…? 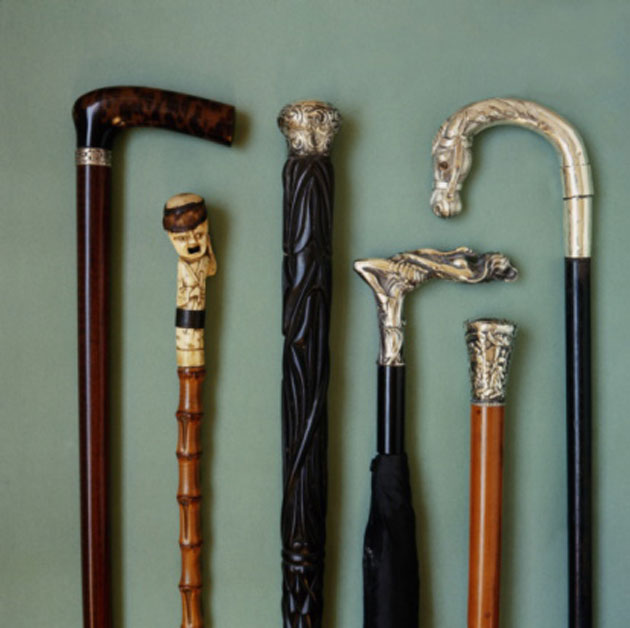 I recently returned from a vacation in Portugal. While there, I noticed that older people who use canes get preferential treatment.

Signs with icons of pregnant women, women carrying babies, people in wheelchairs and people using canes indicate they’re given priority and go to the front of waiting lines or avoid lines altogether. They get seats on crowded public transportation when other people have to stand. They get to pre-board on airplanes and use empty overhead compartments.

Although I am not disabled, per se, I am a woman of a certain age who would not seem out of place with a cane. Furthermore, I do have some arthritis in my knees and hips and a cane would probably take some pressure off these body parts while touring foreign cities and going up and down stairs at monuments and castles. However, I have to admit that I wouldn’t be caught dead using a cane on my home territory where people know me. Anything that makes me seem older or appear to others as a little old lady is out of the question at home. But in foreign lands, where nobody knows me and I’m among people I’ll never see again, I couldn’t care less. Would it be ethical for me to use a cane only when I travel?

Dear Little Old Lady Abroad But Not In Canada Ever,

What next, a wheelchair? This could be a slippery slope. And you know what can happen to people on slippery slopes? They can fall and end up needing crutches.

But back to your cane, or, if you prefer, walking stick: you could rationalize that you would benefit from using it if you’re doing a lot of extra walking and climbing on your trip. In that case, consider carrying a collapsible cane in your backpack and bringing it out when needed, except when there are people worse off than you are. Intermittent use of a cane in that case would not be unethical. It would be unethical, however, to whip it out only when you would benefit from preferential treatment.

But you knew that already.