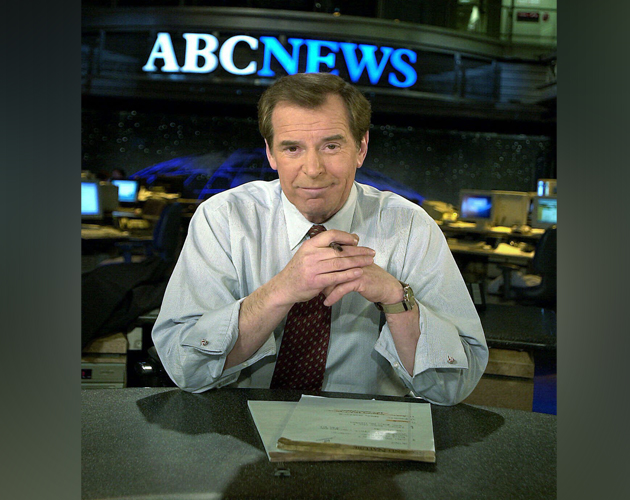 This week marks the 10th anniversary of the death of Peter Jennings, the Canadian-born broadcaster who rose from small-town Ontario to become one of the most successful and beloved anchors in the highly competitive world of U.S. network news.

Jennings was literally born into the world of news broadcasting; his father Charles was one of the first national anchors for CBC radio. Jennings the younger, who began his broadcasting career at the ripe age of nine – hosting CBC radio’s kids show Peter’s People – was first hired by ABC in 1964, getting his first taste at the anchor desk. After a stint as a foreign correspondent, Jennings landed in ABC’s anchor seat at World News Tonight in 1983, holding that position until he retired because of lung cancer in 2005.

During his successful run, competing against icons like Dan Rather of CBS and Tom Brokaw of NBC, Jennings lifted ABC to top spot in ratings, overcoming initial criticism that he lacked journalistic chops by ably covering such events as the Space Shuttle Challenger disaster, the fall of the Berlin Wall and the first Gulf War.

Aside from Peter Mansbridge at the CBC and Brokaw at NBC (the éminence grise of U.S. network news), Jennings was one of the last of his breed: that handsome anchorman with an authoritative voice who was trusted by viewers to deliver a recap of the day’s events in unbiased fashion. After Jennings, the network news producers felt that segmenting the audience along ideological lines was the way to go and anchors like Bill O’Reilly of Fox News and Brian Williams of NBC became the new stars, shunning their predecessors’ impartial approach and blatantly putting their own spin on the news of the day.

Jennings passed away to lung cancer on Aug. 7, 2005. In the clip below, the famous anchorman – his voice croaky due to sickness – memorably signed off the airwaves, retaining until the end his eloquence, charming demeanour and wry sense of humour:

Peter Jennings was also one of the speakers at Ideacity.