Europe’s Refugee Crisis: And A Little Child Shall Lead Them… 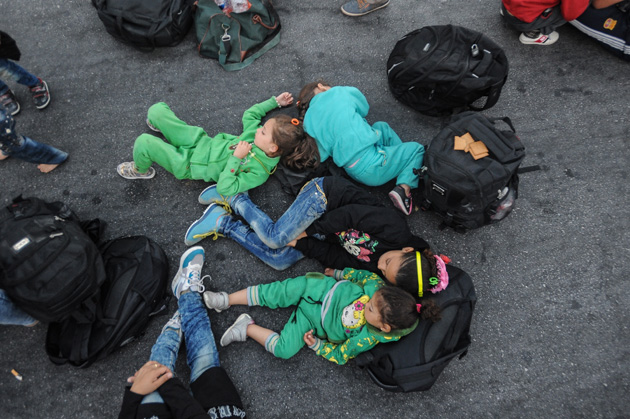 Who could have predicted that a 3-year old boy in the Middle East would become an election issue in Canada?

Like most Canadians, the party leaders have mixed feelings about the dead child on the Turkish beach and the circumstances that led to the tragedy.

A world in which a toddler’s body is washed up on shore because his family couldn’t find refuge is not a world where anyone wants to be.

In Canada, especially, where the family hoped to settle, we may be feeling both sad and guilty: we enjoy so much good fortune in this fabulous country; how can we not be generous enough to share it with families in peril?

Especially since Canada’s history has already been tainted by refusing to accept refugees fleeing the Nazis, resulting in the horrible deaths of many children in concentration camps.

Clearly, each of the party leaders shares these feelings about the dead boy on the beach, now as iconic an image as any of the others that haunt us.

But what is important to bear in mind now is that the image of the dead child on the beach and the circumstances that led to the tragedy cannot be conflated. They are different, as different as heart and head.

The circumstances require a rational approach to a complex international situation — the war in Syria, ISIS, the generous support for refugees in Germany and Britain, the lack of support or absorption of Syrian refugees by wealthy Muslim countries. Rationally, we don’t even know who to blame. How many of these refugees are really illegal migrants looking for the streets of gold in prosperous Western countries? Is it true, as some reports indicate, that 80 per cent of them are young men, not families with children? Would refugees not be safer in U.N. supervised camps near the Syrian border and then repatriated? Is it fair or smart to accept unscreened swarms of undocumented immigrants?

Are we asking that question only because they’re Muslims?

These are the issues the party leaders are grappling with while we settle in to enjoy that last holiday weekend of the summer.

Trudeau and Mulcair are leading with the heart, the instinct to help as many people as we possibly can in Canada with less emphasis on the consequences.

Harper is leading with the head, standing fast on the numbers and pointedly referring to his tough stance on one of the root causes of the crisis, the war in Syria and ISIS.

I doubt that the shocking death of Aylan Kurdi will alter the course of the Canadian election, but it helps clarify, in this election campaign season, how important leadership is and who our leaders are. And who we are as Canadians.