English Canada Listens in as Quebec is Wooed in Debate 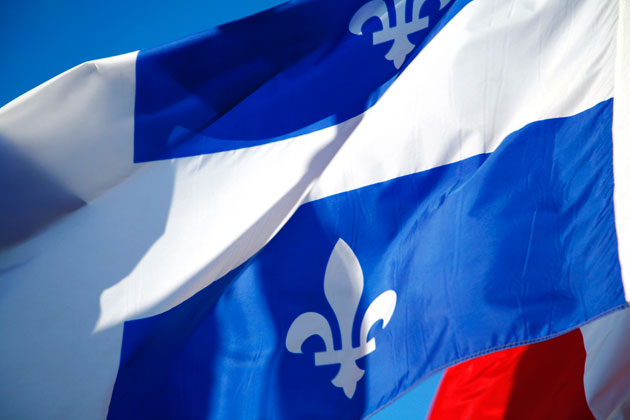 You couldn’t blame anyone who switched from last night’s French language debate to NFL football.

We already knew all the plays and what the score was in the debate.

What was a more valuable use of one’s time?: Watching Eli Manning attempt a pass or listening to Gilles Duceppe talk about dumping the monarchy?

There was little we hadn’t heard before: whether the Senate should be reformed or eliminated and how that could be accomplished without a constitutional implosion; how to finance health care and keep drug costs down; how business should be taxed and how that would affect jobs; who broke promises and whose promises are pie-in-the sky.

As expected, Mulcair was the target of most of the sacking, especially by Duceppe as both the NDP and Bloc have the most at stake in Quebec, where the NDP is holding the lead but losing ground.

The real spark in the two-hour talk fest came with discussion of whether the niqab should be allowed during the citizenship oath.

Harper and Duceppe are allies in wanting it banned. Trudeau, Mulcair and May say women should be able to dress however they want, a policy not favoured in Quebec.

Three more debates are scheduled over the next couple of weeks, including another French debate on Oct. 8.

More interesting — one can only hope—may be the Munk Leaders’ Debate next Friday, Oct. 2 which focuses on foreign policy. We haven’t heard much so far in these debates about Canada’s role in the world. But maybe the lack of discussion says something about our role.

The final debate, with English leaders only, will take place Friday, Oct. 9. Appropriately, that’s the eve of the Thanksgiving weekend when we can give thanks not only for living in a nation where party leaders can debate each other freely but also for not having any more debates.

It must be said, however, about last night’s debate, that the CBC did a superb job with translating for the English audience. The voices of the translators were well-matched to the leaders and made it easier to follow the conversation, including the interruptions.

So who won last night?

That would be the Giants: 32-21 over the Redskins.