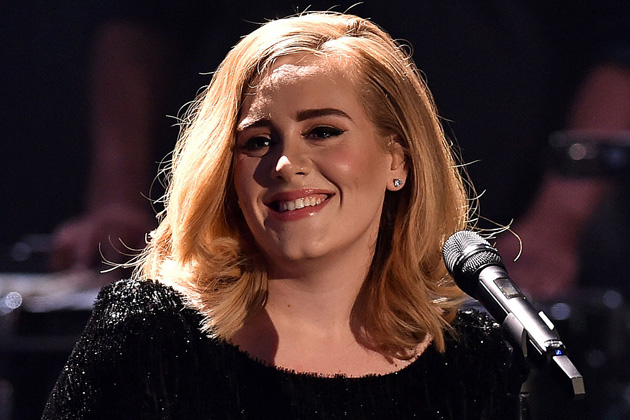 Nobody expects an aging rocker like you to be politically correct but next time you’re so moved to take a swipe at a vocal performer who, it just so happens, is more popular than you are, leave us grandmothers out of it. Capisce?

We get the point about Adele.

Even those of us a decade or two older than you — and at 48 you’re no spring chicken, for sure you’re no longer cock of the walk — may find Adele’s music somewhat, er, unsubtle, while at the same time enjoying it because of her stunning voice.

And speaking of voice, Liam, here’s what one of your fans had to say about yours:

“He puts all the strain on his throat instead of the full body, and even uses his nose a lot to produce a sound .… It’s sounds like Liam’s voice is completely stuck in his throat.”

But music criticism aside, we know you’re understandably jealous of her success. After all, her album 25 is now the fastest selling album in chart history, overtaking Oasis’s record-breaking album Be Here Now.

But why did you have to call it “music for grannies”? Wasn’t it enough to say it’s contributing to “a sea of cheesiness”?

Here’s how the London Telegraph quoted your response to Music Feed’s query about Adele and her music.

“If someone wants to know what I think of Adele, I’ll f***ing tell them … I just don’t see what all the fuss is about. I don’t like her music. I think it’s music for f***ing grannies.”

You do know that your parting shot about “grannies” is both misogynist and ageist, right? And that referring that way to “f*** grannies” is as bad as being racist and homophobic — both of which accusations would probably horrify you.

So why do you assume it’s okay to disparage and belittle older women?

You want to belittle older people? At least make it gender neutral — include geezers.

But maybe what you’re trying to say is that you think older people are clueless, beyond knowing what’s good or cool.

Maybe you don’t realize that among the women you denigrate with the term “f*** grannies” are Goldie Hawn, Gladys Knight, Chakha Khan, Kris Jenner, Susan Sarandon, Hillary Clinton, Sarah Palin — every as “cool” and “au courant” as you think you are (okay, maybe not Sarah).

On the other hand, at least you do give us grannies credit for still being actively sexual.