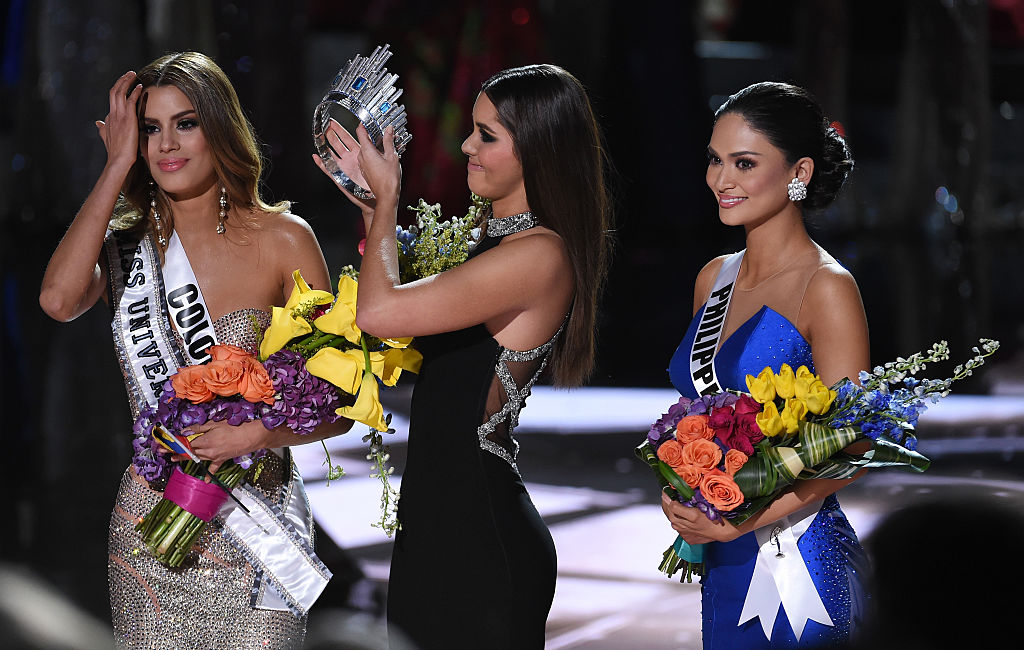 If anyone had set out to show how ridiculous and obsolete beauty pageants are, he couldn’t have done a better job than Steve Harvey.

By announcing the wrong winner, the comedian and talk show host highlighted the inanity of lining up dozens of young women, all polished and groomed and enhanced to within an inch of their lives so they look almost identical — except for ethnic differences — and then choosing one to become Miss Universe, a pulchritudinous product to sell other products.

Judging women on the basis of their looks in a competition in which they’re pitted against each is an absurd anachronism in 2015.

It harkens back to medieval fairy tales in which the royal prince seeks the fairest maiden in the land. It’s ludicrous to pretend that any one of those Miss Universe contestants was the fairest in her land, let alone that she was a maiden.

And to select one as Miss Universe makes as much sense as, well, electing Donald Trump as president of the most powerful country in the world.

Trump, as you may recall, owned the Miss Universe Pageant — it is after all a commercial enterprise — until recently when his anti-immigrant remarks suggested that Mr. Trump and Miss Universe were not an ideal match.

Nevertheless, Trump, in an attempt to display his talent for international diplomacy, has suggested that both Miss Philippines, the real Miss Universe 2015, and Miss Colombia, the runner-up who was mistakenly crowned Miss Universe and held the title for a minute or two (long enough to weep and wave) should share the title.

This may be Trump’s finest moment. But he didn’t go far enough. Why not declare that all the contestants are Misses Universe.

Better yet, declare that none of them are.