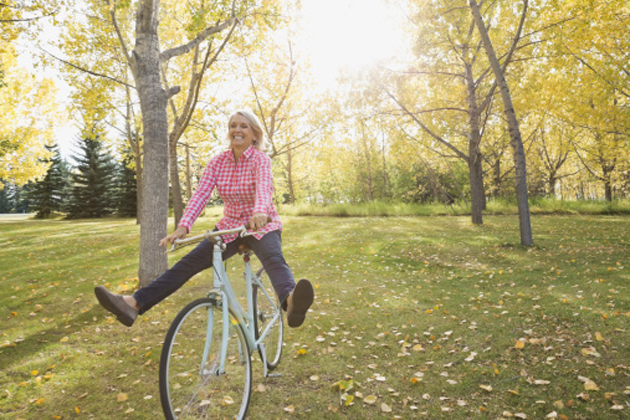 I’ve had the same New Year’s Resolution for the last six years – to become more active on social media. The obvious question is: after six years, what are the chances of making more than a perfunctory effort? Less obvious is what it has made me ask myself. Really? Is that the only area of my life that needs improvement? Is it possible I’m a little overly self-satisfied?

I am feeling very good about myself – like I have finally hit my stride. My health is great, my marriage and ties to family and friends are strong, and work is rewarding. At least that’s the way I choose to see it. When I take a closer look, there have been challenges that could have laid me low, conflicts that would have left me brooding and distracted when I was younger. But my happiness is as much a function of my age and outlook as much as the external circumstances of my life.

The conventional wisdom used to be that old age brings misery. But research shows that over the life cycle, our happiness levels follow a U-shaped curve, with the peaks in youth and old age. Dr. David Blanchflower of Dartmouth College and Professor Andrew Oswald of the University of Warwick studied data on hundreds of thousands of people in 72 countries and found that, emotionally, we bottom out in middle age. After that, things look up.

“One possibility is that individuals learn to adapt to their strengths and weaknesses and in mid-life quell their infeasible aspirations,” they wrote in the groundbreaking paper in Social Science & Medicine in 2008.

Later research confirmed this. “We suggest that this could be due to better coping abilities,” wrote Dr. Saverio Stranges, after a 2010 study of 10,000 people in the U.K. and U.S. “Older people tend to have internal mechanisms to deal better with hardship or negative circumstances than those who are younger.”

I believe I do and I’d like to think it’s a question of not sweating the small stuff – yet I still do. So I called my friend Vicki for a reality check. We’ve known each other for more than 30 years, and I suspect she remembers some of the nonsense I vent about better than I do. “You don’t sweat the small stuff – maybe one out of 10,” she said, before her memory kicked in. “Well, I guess there’s all those little rants about your tennis game, and then there was that two-month argument over restrictions on walking pets …”

Vicki has been able to let go of small things she used to angst about. “I don’t fret about the number on the scale or the five pounds I wanted to lose,” she said. “I look at trying to be healthier but I accept my body.” And she’s better at some of the big things, too. She is single, and I have always marvelled that she never lacks for a date. “Now I’d rather do what I like instead of going out with a guy who’s a bit boring just to be out.”

Two of my girlfriends recently turned 60. Instead of hiding, they trumpeted their big birthdays, with fancy parties and new hairstyles. These were genuine celebrations of how far they have come and of what’s coming next. And the fact is that what’s coming next may not all be good. In my closest circle this year, one person faced a new cancer diagnosis, and one saw her cancer come back. There were also divorce, job loss and bereavement. These things happen more frequently as we age. But for many of us, it is accompanied with the knowledge that we can cope with whatever comes.

“Older people are actually happier and more satisfied with their lives than younger people,” writes Sonja Lyubomirsky in The Myths of Happiness. She is a psychology professor whose work on happiness has been translated into 23 languages. She says the reason we experience more positive emotions is that “their emotional experience is more stable and less sensitive to the vicissitudes of daily negativity and stress.”

In my case, I still sweat the small stuff but then forget about it. It’s experience with the big stuff that has given me confidence. After two bouts of cancer, other family health crises and several difficult job transitions, I feel very strong. It’s not being smug. Now all I need to do is tweet that for a perfect start to the New Year.