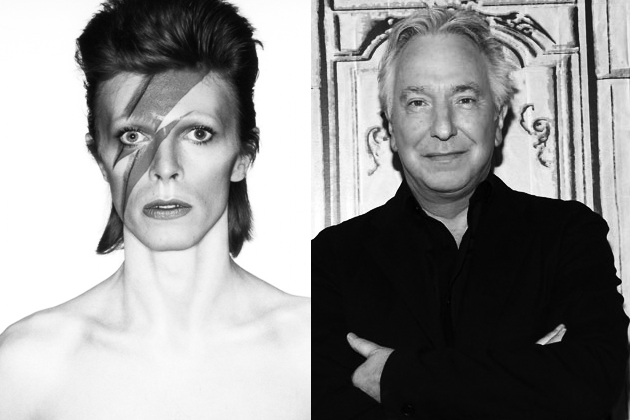 Why are we so shocked when people die?

In the last few days, we’ve responded with shock to the deaths of Alan Rickman and David Bowie — for several reasons, I think.

First, there’s the unnerving coincidence: both were 69, British celebrities, beloved by audiences and both died of cancer.

Then, there’s the fact that the death of any one under the age of 70 is more disturbing than, say the other high-profile deaths that occurred this week: Stratford actor Brian Bedford, 80, who also died of cancer and symphony conductor and composer Pierre Boulez, 90; no cause of death was given by his family except that he was said to die peacefully at home — which suggests death from cancer.

But death after 80 is not surprising. The average age of life expectancy in Canada is 81.24 years.

Aside from the seeming prematurity of someone dying in their late ‘60s, however, a couple of other factors may be contributing to the shock we feel.

Bowie and Rickman were not just people we might know, colleagues or acquaintances. They were celebrities who seemed larger than life and by extension, larger than death.

It’s not that we expected them to be immortal. It’s just that we thought that, at their age, they were more or less permanent fixtures, unlikely to simply disappear one day.

Finally, there’s the fact that these people do seem to just disappear.

In a world where everything is Instagrammed, Facebooked and re-cycled (metastasized?), a diagnosis of cancer may be the last bastion of secrecy for a celebrity, especially, but also for the non-celebrity who doesn’t want to be stigmatized as “battling” a life-threatening disease.

Properly or not, cancer doesn’t just begin to colonize the body. It starts to take over a person’s identity as people begin reacting not to who you are or have been, but to “a person fighting cancer.”

It’s no wonder that people in the public sphere, especially — but also ordinary people who go through life unrecognized — don’t want the world to regard them as someone who’s mutated into a diseased entity, undergoing treatment, and then perhaps facing death.

Understandably, they’d rather be seen as fully alive for as long as possible — which is to say, until death is announced.

Some things, this at least, are meant to be private.

And then we are shocked.