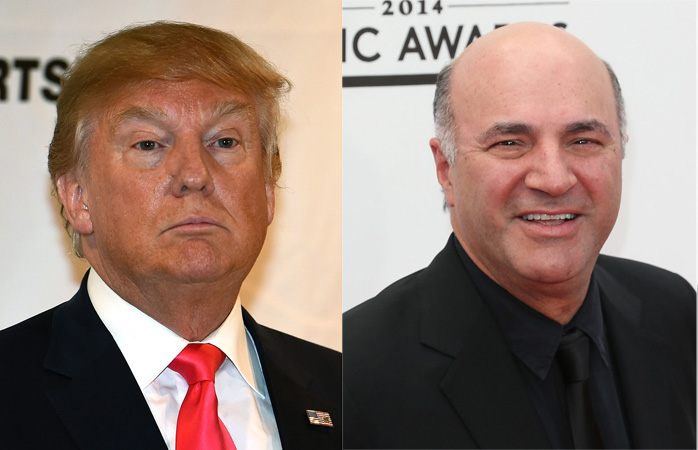 While everyone knows where Trump stands and what he’s got to say on every issue under the sun, and despite the fact that O’Leary is a lesser known quality, it didn’t stop us from trying to compare the two.

O’Leary: “If you work hard, you might be stinking rich one day.”
Trump: “Money was never a big motivation for me, except as a way to keep score. The real excitement is playing the game.”

O’Leary: Rachel Notley, Premier of Alberta – “There are many great men and women in government now, that can do it, and there’s some that can’t. One of them that can’t is Rachel Notley. She’s killing us. She’s got to go.”
Trump: Hilary Clinton, U.S. Democratic leadership candidate – “She is desperate, she is sad, and she is obviously very nervous.”

O’Leary: “This [running for the Conservative leadership] wouldn’t be about Kevin O’Leary’s personality. It’s irrelevant. What it’ll be is about a leadership mandate and a team of people, of men and women, that are willing to take on that difficult task of moving the country forward.”
Trump: I will build a great wall — and nobody builds walls better than me, believe me —and I’ll build them very inexpensively. I will build a great, great wall on our southern border, and I will make Mexico pay for that wall. Mark my words.