10 More Things I Learned From the Ghomeshi Trial — Week 2 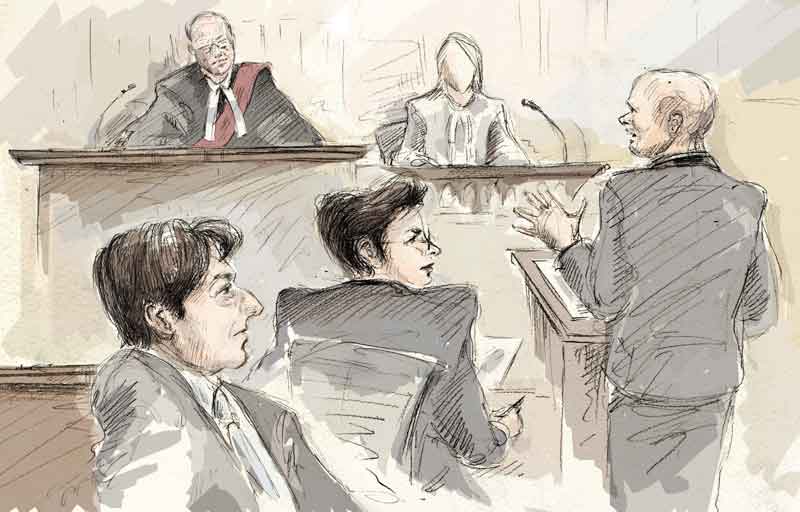 Great respect for judges
As I follow the tweets from the trial on several different sites, I keep changing my mind from minute to minute about whether Ghomeshi will walk free or whether the judge will find him guilty of criminal sexual assault.

Because of Henein’s deft cross-examination resulting in inconsistent testimony as well as the late-breaking revelations about contact between the women and Ghomeshi after the alleged assaults, the context of the physical violence — though there’s no disputing that it happened — may very well affect the judgement.

Sympathy for the women on the witness stand
Who wants to publicly discuss their sexual relations?

It may no longer be shameful, thank goodness, for a woman to discuss having sex but it’s still embarrassing to talk about and to have to explain one’s decision to be intimate with a man accused of harming you previously.

Sympathy for Ghomeshi
Whatever happens after this, there can be no worse punishment for the erstwhile world-famous-in-Canada celebrity than having his creepy, nasty, Jekyll and Hyde behaviour tweeted live from a court of law and enshrined forever on social media.

Disgust for Ghomeshi
Okay, so he socked the women. A despicable thing to do.

Almost as damning, to my mind, is telling a male friend, in front of the woman he’s with, that he’s not dating her, saying, “We’re just f—ing.”

Obviously, this is a guy who likes to hurt women. (And is that psychopathic behaviour or is it a tendency that lurks unbidden in the primitive male psyche and is controlled and negated in most encounters between civilized men and women?)

Women are different than men
Seems self-evident, eh? But the law is a blunt instrument when it comes to nuances between genders.

A man who’s unexpectedly punched in the face by a friend or acquaintance would likely punch right back or even go and round up a few strong-armed buddies for a rematch.

A woman who’s unexpectedly punched in the face by a man she finds attractive and charming and with whom she wants to pursue or continue a romantic relationship will wonder, “Did that really happen? Did I give off a vibe suggesting it would be okay? Maybe he was just testing me (for any number of reasons) and now it’ll be normal again. This guy is such a catch that it’s worth putting up with a one-off weird behaviour.

Once we get into a real relationship, he won’t do that again. It’s not worth making a fuss about. He’s usually more gentlemanly Jekyll than horrible Hyde.”

Or any other of the infinite rationalizations women make about men and their behaviour.

Dangerous men and bad boys can have a potent perverse appeal
As if the popularity of Christian “50 shades of” Gray weren’t enough, there are actually published academic studies attesting to the appeal of the dark side.

“Recent findings suggest that people high in some dark personality traits, such as narcissism and psychopathy, can be physically attractive. But what makes them attractive? Consistent with findings that dark personalities actively create positive first impressions, we found that the composite of the Dark Triad—Machiavellianism, narcissism, and psychopathy— construct appearances that act as social lures—possibly facilitating their cunning social strategies.”
© 2012 Consortium: Association for Research in Personality, European Association of Experimental Social Psychology, Society of Experimental Social Psychology, and the Society for Personality and Social Psychology, Inc.

Also, another study: Are Narcissists Sexy? Zeroing in on the Effect of Narcissism on Short-Term Mate Appeal. The answer: yes, they are.

Confirmation that negative emotions such as uncertainty, stress and jitteriness can be transformed into positive feelings such as excitement and attraction.
How we label and interpret our feelings can fundamentally change our experience of them, explains British psychologist Jeremy Dean.

A controversial psychology study carried out on a very high rickety bridge over a deep gorge near Vancouver in 1973 showed that men who were nervous about crossing the dangerous swaying suspension bridge were more likely to be attracted to the women who approached them to fill out a survey than men crossing a nearby low stable bridge.

The researchers’ explanation was that it’s how we label the feelings we have that’s important, not just the feelings themselves. In this experiment men on the rickety bridge were more stressed and jittery than those on the stable bridge. And the argument is that they interpreted these bodily feelings as attraction.

Fear had been transformed into attraction.

This explanation is now controversial because subsequent studies have found that it’s rare to be able to reinterpret a negative emotion like fear into a positive one like attraction.

How our emotions affect our behaviour depends on how we interpret them.

Hell hath no fury like a woman scorned…
The spiteful remarks and glee at Ghomeshi’s arrest revealed in emails by one or more of the complainants are a vivid illustration of this well-worn observation.

…especially when the scorn is applied to a seductive a—h—
No further comment required.

I’m reaching my limit of tolerance for this tawdry expose which leaves absolutely everyone looking less than wonderful.